Leeds back in for Liverpool winger Kent

Championship heavyweights Leeds United are preparing to make a second move for Liverpool attacker Ryan Kent, according to Football Insider.

The outlet claims that the Whites are ready to reignite their pursuit of the 22-year-old, with his expected switch to Rangers yet to materialise.

The Englishman spent last season on loan at Ibrox and it was expected that he would be linking up with Steve Gerrard’s side again this time round.

However, that hasn’t happened yet, which has given Leeds encouragement enough to make contact via third parties over a possible loan deal for the £12million-rated Reds ace. 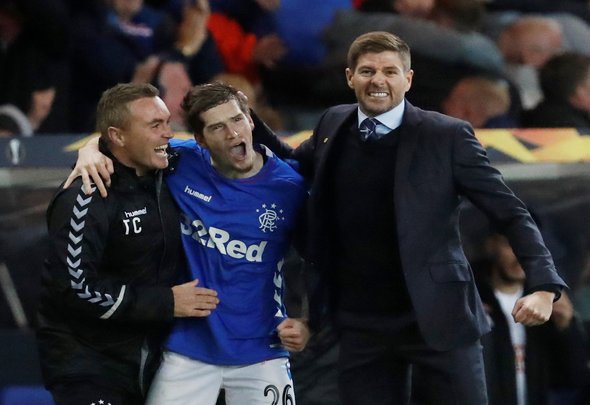 Liverpool manager Jurgen Klopp is currently thought to be running the rule over Kent during his team’s pre season tour of the United States, and any decision on the player’s future will ultimately rest with him.

There’s no disputing the fact that Kent made tremendous progress in Scotland last season, but Liverpool may view a stint in the Championship as being a step up in competition for the youngster. However, the question also remains as to whether Klopp is prepared to sanction yet another loan move for the player, rather than just sell him permanently.

So this one remains rather open-ended, and Leeds are essentially at the mercy of an enigmatic German. Klopp’s decision is the key here, but the Whites are well-placed if he does opt for another loan spell for Kent.

Despite still being young in his professional career, Kent has already scooped up three individual awards. After a loan spell at Barnsley in 2016/17, he won the Tykes’ Young Player of the Season award.

Furthermore, he has garnered serious praise from those in the game. Former Celtic striker Chris Sutton begrudgingly gushed over him in April after an Old Firm clash, writing in his Daily Record column: “The winger at least inspired his team with his performance, taking the game by the scruff of the neck after the interval and showing bravery on the ball.”

Meanwhile, Gerrard said earlier this summer, as per the Scottish Sun, that: “We loved having him here and we’d love the chance to have him back again because we think he can continue to improve.”