Everton to hold talks with Zaha this week

Everton are set to hold talks with Premier League rivals Crystal Palace over a potential deal for winger Wilfried Zaha this week, according to Sky Sports.

The broadcaster claims that the Toffees are seriously interested in signing the Ivory Coast international, although the player’s preference remains a move to Arsenal.

The Gunners have already had a bid of around £40million rejected, but are expected to come back in with another offer for the 26-year-old this week.

However, they will now face competition from Marco Silva’s side for the former Manchester United man’s signature. 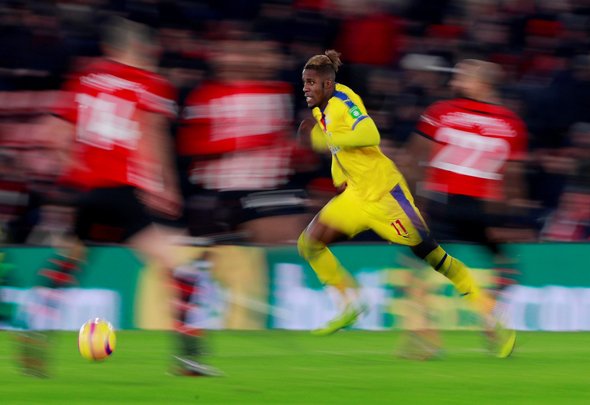 Clearly Zaha wants to move and has expressed that desire to Palace. He is eager to take the next step in his career, but it would appear he’d like to do that at the Emirates Stadium rather than at Goodison Park if given the choice.

That in and of itself makes this deal an inherently difficult one for Everton to pull off, but if they show themselves to be more serious suitors than the gun-shy Gunners, then they might just be able to knick him away from the Londoners.

However, it remains to be seen whether the Toffees have the financial capability to pull off a deal for a player who the Eagles are said to value at £80million.

Clearly Zaha is a proven top class Premier League performer, we have seen that over the years. From there the question becomes is he an upgrade on what Silva already has in attacking midfield.

If we work under the reasonable assumption that Richarlison will claim one of the starting spots in attack and Gylfi Sigurdsson the other, we then have to wonder if Zaha is a better bet than Theo Walcott, Dominic Calvert-Lewin and Bernard? 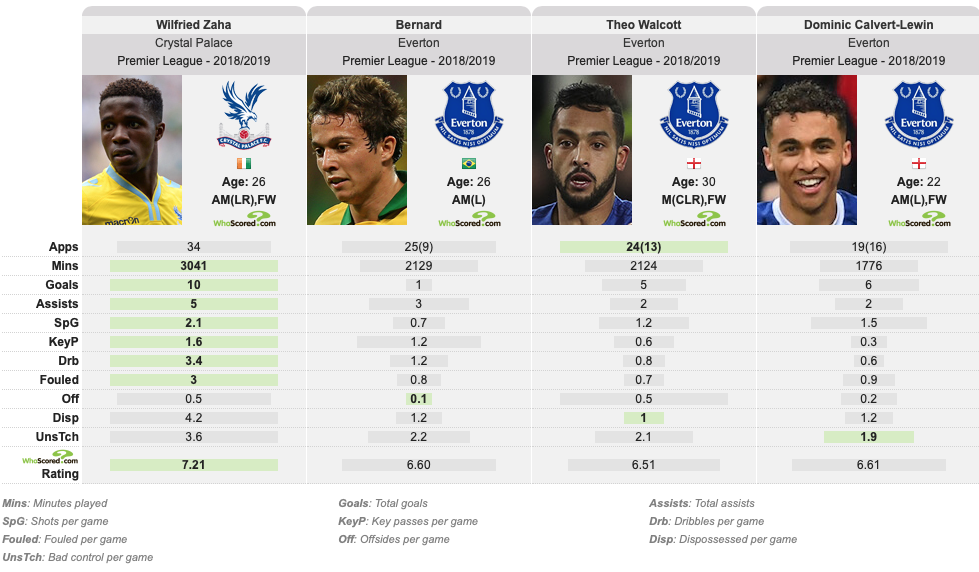 As per WhoScored.com, it would very much appear that he is. Zaha scored just one less Premier League goal than Walcott and Calvert-Lewin combined last season, while his assist tally was more than that duo produced put together.

Then there’s his shots and dribbles per game tallies, which are so far and away ahead of the Toffees trio that it beggars belief. Plus, he is fouled way more and produces more key passes per game – despite a lack of vision seemingly being the knock on him throughout his career.

So yes, Zaha would very much represent an upgrade on what Everton already have.