View: Villa pursuit of Dack surely at an end 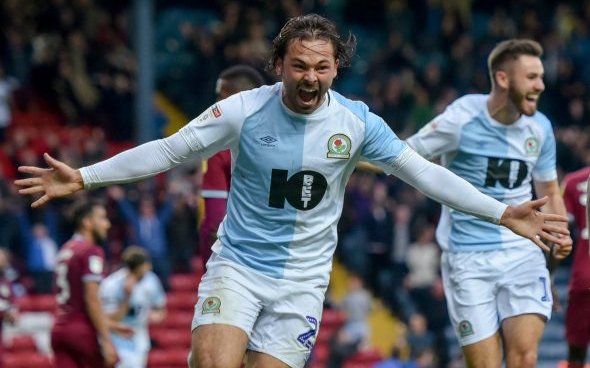 Aston Villa’s chase for Blackburn midfielder Bradley Dack has surely come to an end after Tony Mowbray’s latest comments on the player’s future.

Speaking to Sky Sports News, the Rovers manager said that he was “very confident” the 25-year-old would stay in Lancashire.

“I’m very confident he won’t move on this summer,”the manager said. “He’s had his first season in the Championship and he’s scored 15 goals. Everybody knew he could do it in League One and he was fantastic for us in League One.

“His first challenge was in the Championship last season and my beliefs, and I’ve spoken to Bradley, are that he should do another year with us and see how close we can get.”

This is surely bad news for Villa fans. A previous report [The Sun] had suggested that Dean Smith’s side were keen on bringing Dack to the Midlands, but that chance has now surely gone.

Mowbray has confirmed that he has talked with the player and that he has asked the player to stay, and the fact that the manager is very confident that Dack will stay means the discussions between the pair must have been positive.

It also means that Villa are now very likely to miss out on a fantastic transfer target who would have greatly improved their squad.

Dack scored 18 goals and assisted seven others in all competitions last season, but it was in the Championship where he was most effective.

In the second tier, the midfielder netted 15 goals and set up seven others, and there is a real chance he would adapt to the Premier League well.

But now, it looks as if Dack will be staying at Blackburn for at least one more season, as the Rovers look to make a stab at finishing higher than 15th in the Championship.