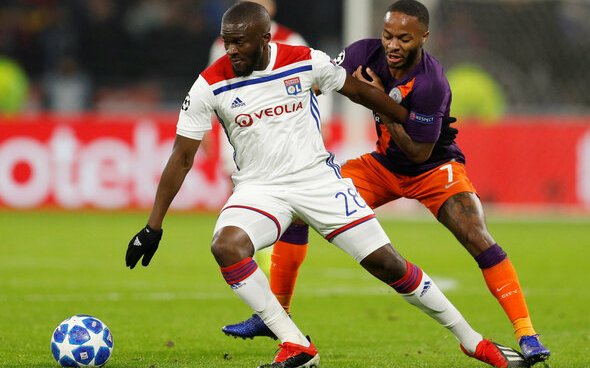 Tottenham could seal a swoop to sign Lyon star Tanguy Ndombele before the end of June, according to Le10Sport.

The French news outlet claims that Spurs have tabled an “official transfer offer” to sign the 22-year-old, but it has been rejected by Lyon because they want £71million for their central midfielder.

Although there is yet to be an agreement between the two clubs, it is understood that Mauricio Pochettino wants to strike a deal as soon as possible.

Lyon want the deal done before the end of June so that the additional funds can be included in the club’s accounts for this year.

Ndombele is a top class midfielder and one that would certainly fill a gaping void in the Tottenham squad that was created when Mousa Dembele left North London in January.

The France international made 49 appearances in all competitions for Lyon this season, scoring three goals and supplying eight assists in the process.

He is not someone that other teams will enjoy playing against and Spurs fans should be delighted if Pochettino is able to lure the Frenchman to the new Tottenham Hotspur Stadium before the start of next season.

If both clubs want a deal to be struck before the end of June then that is great news for Tottenham and increases the likelihood of an agreement if everyone is on the same page.

Le10Sport claims that Lyon want £71million for the midfielder, but they could lower their demands as they get towards the end of the month.