Several Newcastle players on board with elite academy 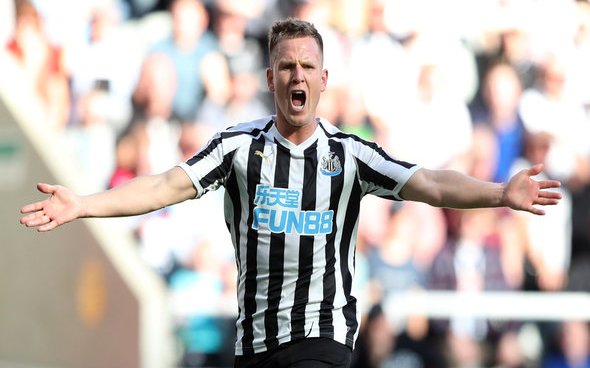 Four Newcastle United first team stars and one former Magpie have signed up to be directors of the new Newcastle Elite Academy, according to The Chronicle.

The newspaper claims that Dwight Gayle, Matt Ritchie, Rob Elliot and Paul Dummett have taken their places within the project, while former centre half Mike Williamson is also on board.

The Elite Academy is aiming to help unearth local footballing talent in the grassroots football scene in the north east.

This sounds like a fantastic project which should do a lot of good in the north east area. That part of the country is a hotbed for talent that probably hasn’t been mined well enough in recent years. We’ve seen with Newcastle midfielder Sean Longstaff this season and with the Magpies Under-23s team that there is plenty of potential with these young north east footballers. They can go on to be good enough to be Premier League footballers, there’s no doubt about that. This Elite Academy should serve as another avenue to help them do that, with the involvement of several successful footballers sure to be hugely helpful in that endeavour. The type of experience that Gayle, Ritchie etc. can pass along will be invaluable to young footballers. The role of directors in this project is a bit ambiguous at the moment, but whatever these five men can do to help will surely be of massive benefit to local up-and-coming talent.