Trippier to talk to Pochettino about his future 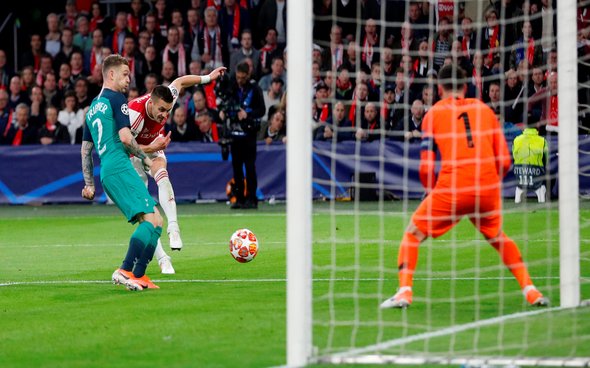 Tottenham defender Kieran Trippier confirmed that he will talk to Mauricio Pochettino about his future when he returns for pre-season.

The 28-year-old Spurs right-back admitted he wasn’t sure if his long-term future was at the club as he had seen a lot of speculation about him potentially leaving.

The Daily Express reported on Monday that Juventus wanted to sign Trippier and that they would step up their efforts to get him with Napoli and Valencia also keen.

However Trippier pointed out no decision about his future had been made and he was looking forward to a rest and time with his family before addressing it.

“I don’t know,” said Trippier, as quoted by Football.London.

“I go home now and spend time with my family and just recover from a long, difficult season.

“Of course, everybody has a decision to make no matter what player you are.

“Obviously this club has been very good to me over the past few years and I’ll enjoy my summer and come back in pre-season and that’s when I’ll have a sit down with the manager and talk about my future as I see a lot of speculation about me not being here.”

Trippier has constantly been linked with an exit from Tottenham throughout the 2018/19 campaign, so it’s no surprise that the defender is aware of the reported speculation. However the 28-year-old handles being asked about his future with class and it will be interesting to see if he sticks around at Spurs next season. Despite his future looking uncertain and some of his displays being woeful in his latest campaign, Trippier has remained a regular fixture of Pochettino’s first-team. The 28-year-old played 38 times across all competitions for Spurs and even started the Champions League final against Liverpool. This means that if Trippier was to be pushed out the door anytime soon, then Spurs would need to sign a replacement. It’s unclear whether Tottenham will choose to bin the 28-year-old for a potential shiny new replacement, as by all accounts, maybe the defender just had a disappointing campaign and is worth sticking with him.