Crystal Palace attacker Andros Townsend took to his verified Twitter account to share a picture of him having a “youth team reunion” and many Tottenham fans were thrilled at the snap. In fact several Spurs fans were left saying the same thing after viewing the picture, as they all tended to refer to the song ‘Stand By Me’. This was of course a reference to when the Spurs youth team, which featured Townsend, were filmed singing the classic song, as seen on YouTube. While several of the players below view their days at Tottenham as a distance memory, it seems all of them are remembered for their part in the dressing room video. One Tottenham fan was even eager to see them recreate the video as they believe it would be “class” to seen an updated version. However while some Spurs fan were ready for a nostalgic sing-song, it’s worth pointing out that it’s nice to see that one of Spurs’ past promising youth teams are all staying in contact.

Please PLEASE tell me you all belted out stand by me https://t.co/jfuwWruFbN

Any chance of a remake of your infamous ‘Stand by me’ changing room tune? Would be class to see an updated version ???????? 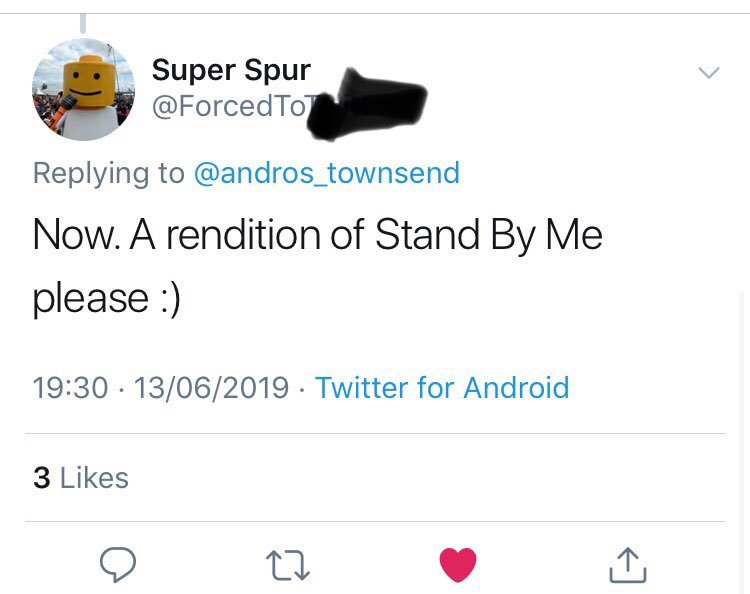