Everton attacker Richarlison insisted he wasn’t thinking about leaving Goodison Park despite the likes of Manchester United being reportedly keen on his services.

The Sun previously reported that Manchester United, Barcelona and Inter Milan were among the clubs keen on the Toffees winger but that Marco Silva’s side had slapped a £100million price tag on his head.

Richarlison was directly asked in an in-depth interview with Four Four Two what he made of the likes of Man United, Barcelona and Milan keeping tabs on him and the 22-year-old used it as an excuse just to state how happy he was. 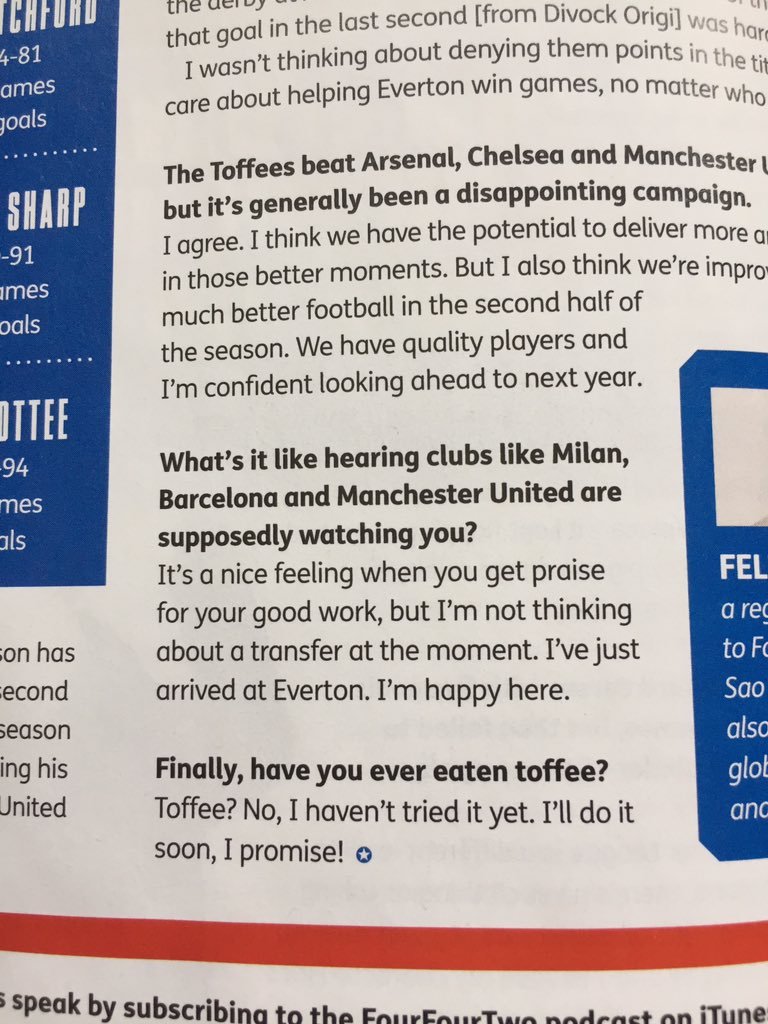 “It’s a nice feeling when you get praise for your good work, but I’m not thinking about a transfer at the moment,” said Richarlison in issue 301 of Four Four Two (page 104).

You can hear Everton fans everywhere celebrate as Richarlison’s response shows that he is not packing his bags anytime soon. The 22-year-old may have a number of high-profile suitors, including another Premier League side in the form of Man United, but he doesn’t seem fazed by this. Richarlison joined the Toffees from Watford last summer and has already established himself as a key member of the team. The Brazilian scored 14 goals in 34 outings across all competitions in the 2018/19 season and finished the club’s top scorer as a result. In fact Richarlison was so important to Silva’s side that he was involved in 27% (Source: Transfermarkt) of the club’s league goals in his latest campaign. So with that in mind, it’s good news that even with the likes of Man United and Barca sniffing around, that Richarlison doesn’t seem tempted to leave. As after all, it must be tempting to consider joining the Spanish giants, if they ended up making a move, as they could offer him Champions League football.