Lustig hints at off the pitch frustrations at Celtic 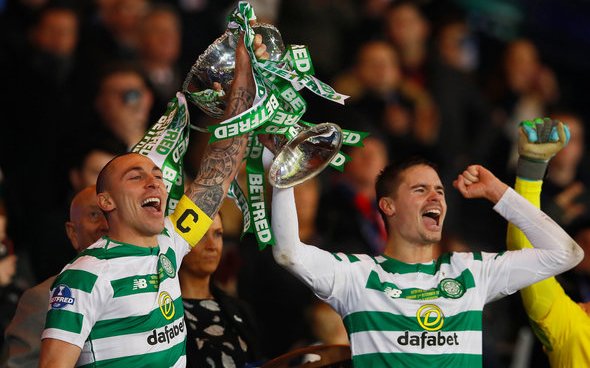 Celtic defender and first team mainstay Mikael Lustig has revealed his frustrations off the pitch as he speaks about his future at the club.

The Swedish defender is set to see his contract expire at the end of the month and there is yet to be a breakthrough which would see the veteran full back remain at Parkhead over the summer and into next season.

Admitting that the off field issues are frustrating him, the Hoops ace took a veiled swipe at those behind the scenes, insisting that things could have been dealt with better.

“I am proud of how I have handled the situation and those closest to me, the players and the leaders at Celtic know what has happened.

“It could have been handled differently, in terms of what has been said and what happened.”

Celtic have relied on Lustig so many times over the last couple of years and so it is disappointing to hear they are not treating him like the hero they should be. He has been a mainstay in their treble treble winning campaigns and has helped them continue to dominate Scottish football, so while the Hoops chiefs might not want to keep him on board any longer due to age or ability, they should certainly have more decorum over the issue. Still, football can be a brutal game for players at times and it appears as though the Bhoys are not taking emotions into account when it comes to deciding on their own future. As much as Lustig has done for them in the past, they are looking forward and it appears as though the Hoops do not mind who gets upset along the way. It is not going to win them any fans and you can be sure the Parkhead faithful are not too impressed with how things have gone down regarding Lustig. Only time will tell what the eventual decision is but right now, the defender is voicing his frustrations in public.