Villa loan star to be offered to Olympiacos 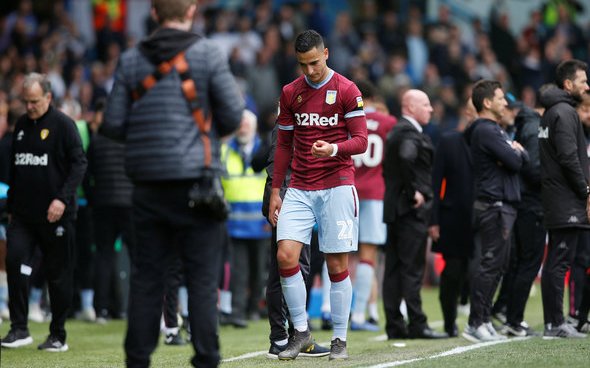 The Egyptian joined Villa back in August from French outfit Lille and has made 35 appearances in all competitions this season.

El Ghazi’s future could be determined by the outcome of Villa’s play-off final against Derby County next Monday – if Dean Smith’s side are promoted to the Premier League they could return for El Ghazi and win the race.

Villa will surely want to hold on to El Ghazi given that he has impressed this season. He has been a regular in the Villa side under Dean Smith and if they are successful in their play-off bid, El Ghazi may want to return to the club in the Premier League. The winger’s pace, dribbling ability and skill is evident in his game and he has made a massive contribution to the team this term – in 31 league games he’ s scored five goals and added six assists. Jorge Mendes, however, has a track record of making moves happen and Villa may well have to fight in the Championship next season without their winger. He brought the likes of Diogo Jota and Ruben Neves to Molineux when Wolves were in the Championship two seasons ago. Regardless of what division Villa are playing in next term, they will want El Ghazi back at Villa Park, but without Premier League football he may want to move elsewhere.