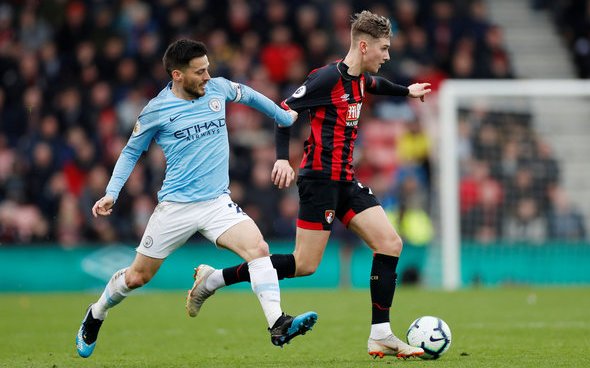 The Sun reported on Saturday that Tottenham were plotting an £80million raid of Bournemouth as they were pursuing both David Brooks and Callum Wilson.  With Spurs reportedly planning to spend so much on the Bournemouth duo, it left many Tottenham fans in awe. One Spurs fan wanted to check Daniel Levy was okay at spending that amount, while several just drooled over the prospect of Spurs being successful with their quest. In fact one Tottenham fan was thrilled at the idea of just Brooks arriving as they dubbed the 21-year-old attacking midfielder as being worth paying £80million for as he was a special talent. It’s hard to disagree with that Tottenham’s evaluation of Brooks’ ability as the 21-year-old stood out for the Cherries in his 2018/19 campaign by scoring seven goals and assisting five in his 33 appearances. Also given that the Cherries midfielder is only 21-year-old, he is destined to get better.As for Wilson, it’s hard to note if he is worth investing a large amount of money in as the 27-year-old forward has had injury problems in recent seasons and would only be capable of playing backup to Harry Kane.

yep, this is good

I'd love that but doubt it.

This would be brilliant. Strengthens depth in two areas it’s needed with two quality options. Hate that the price is so high, but English talent doesn’t come cheap these days.

This would be brilliant BUT we would probably only bid £45 million tops which isn't enough!

we have 80 mill and we're getting more attack? Levy are you ok?