Tottenham have been told pay 20m for Clarke | thisisfutbol.com

Tottenham have been told pay 20m for Clarke

Tottenham have been told it will take £20million to sign Leeds United attacker Jack Clarke, according to the People.

The national newspaper’s print edition (Sunday May 26th, page 52) claim that Leeds won’t let the 18-year-old attacker go cheaply and are looking for a fee around the £20million mark.

The People report that Spurs are anxious to sign young English talent like Clarke and that they believe the Leeds player is one for the future. 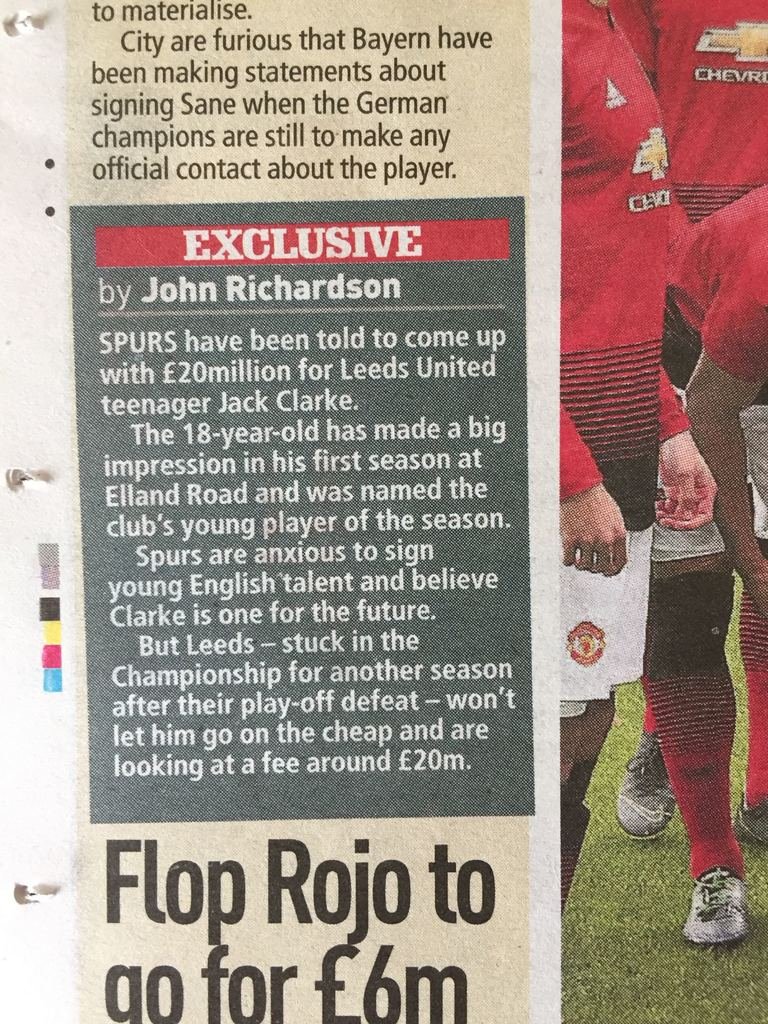 While Clarke has shone brightly for Leeds at times across the 25 appearances he made for Leeds in his 2018/19 campaign, his form did drop off near the end of the season.

That may be normal for a young player but when you consider the Whites want such a huge sum for his services, surely Spurs can get a better deal elsewhere.

Mauricio Pochettino’s side are acting wisely to plan for the future by snapping up young English talent, but paying crazy amounts of money on just raw potential is a huge risk that they should perhaps steer away from.

The English attacker seems settled at Elland Road and the huge price tag slapped on his head should be enough to put suitors off.

Tottenham may have the funds to sign Clarke after staying out of the transfer market in the last two windows, they know they have to prioritise strengthening their first-team first and foremost.

Based on this and the fact Spurs have been told such a high-figure, this doesn’t look like happening in the current transfer window.