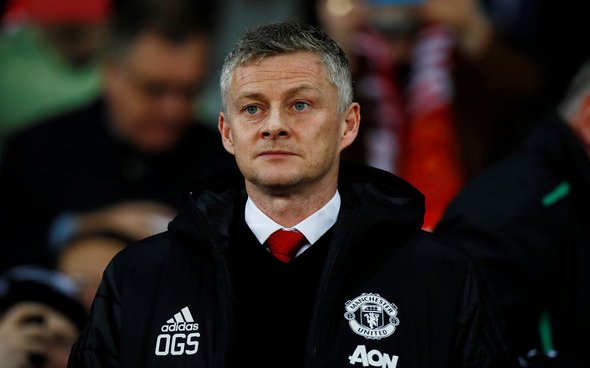 The Italian reporter claimed via his personal Twitter account on Saturday that Cancelo, 24, could leave Juventus in the upcoming transfer window due to a strained relationship with manager Massimiliano Allegri.

It is understood that Man United are “really interested” in signing the Portuguese right-back and talks are underway with his agent Mendes.

#Cancelo could leave from #Juventus in summer. The relationship between the portuguese and the #Allegri is not great. #ManchesterUnited is really interested in him. Contacts ongoing with his agent Jorge #Mendes. #transfers #MUFC #mutd

Ole Gunnar Solskjaer needs to improve his full-back options in the summer transfer window and signing Juventus star Cancelo would be a very good piece of business.

The 24-year-old has made 32 appearances in all competitions for the Serie A giants this term, scoring one goal and supplying eight assists in the process.

He is just the type of right-back that Man United need to improve their options in that area of the squad and if there is a chance to snap him up in the summer, then Solskjaer needs to table a bid for him as soon as possible.

Cancelo is top-class and cannot be allowed to go elsewhere.

Man United don’t have the appeal that they once had but if Cancelo is stuggling to get on with Allegri then he may well be on the move in the summer.

Schira reports that an exit from Juventus is on the cards for Cancelo and hopefully Cristiano Ronaldo can put in a good word for the Red Devils.