Llorente on his way out of Spurs 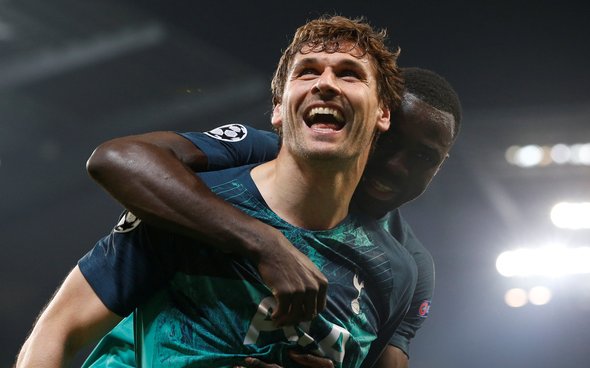 Tottenham striker Fernando Llorente will leave the club upon the expiration of his contract this summer, according to Football Insider.

The source says that the Spanish striker – who has scored eight goals and registered five assists and has been fantastic backup for the club this season – will leave after Tottenham passed up on an option deadline to extend his contract for another year.

Football Insider add that after the passing of Saturday night’s deadline, the 34-year-old will leave North London on a free transfer at the end of June.

Llorente scored the decisive goal that helped Spurs overcome Manchester City on away goals to send them to the semi-finals of the Champions League, where – as a substitute – the striker was again influential in Mauricio Pochettino’s side progressing past Ajax.

It all depends who they replace him with. If this report is true, Spurs are going to have to find a new striker this summer. As has been seen, Harry Kane is prone to an injury and although they have coped just fine without him this season, what if Son Heung-min or Lucas Moura also got injured? Spurs cannot take that chance, because it doesn’t seem as if Vincent Janssen – who admittedly made some appearances in the final weeks of the season – is likely to stay on. We’re not entirely surprised by this. Llorente might have turned the Ajax Champions League semi-final second leg, but he doesn’t really fit the Tottenham system and Pochettino will want someone who can add proper back-up to the side, and not just rely on a long-ball game. Llorente can go with his head held high though after his end-of-season heroics and he might even get a Champions League winners medal.

Very likely. He’s out of contract next month and it Tottenham wanted to keep him they would have triggered the option they have on his contract. We’re not just expecting him to go, but Janssen as well and despite the emergence of Moura as a real goal-scorer, we fully expect Tottenham to sign a replacement this summer.