Lincoln: No approach for Cowley 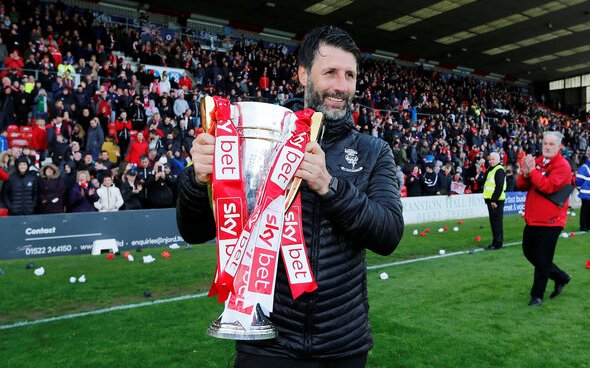 Lincoln City have insisted that they have received “no official approach” from any club for the services of Danny Cowley.

Recent reports suggested that West Brom had opened talks with the Imps boss following James Shan’s departure from the Hawthornes.

In a statement published on the club’s official website, however, Lincoln said that Cowley and brother Nicky were “totally committed” to planning for next season.

“The success we have enjoyed over the last three remarkable seasons has brought us considerable positive coverage and raised the profile of the club, the players and Danny and Nicky Cowley,” the statement read.

“The accolades for our management team have been thoroughly deserved and it is understandable if they attract the attention of clubs at a higher level.

“However, we have had no official approach from any club to speak with Danny and Nicky.

“The board talk regularly with Danny and Nicky who remain totally committed and focused on preparations for next season in our new adventure in League 1.”

This is quite the defiant stance from Lincoln. In the very least, West Brom fans will be pleased that there has finally been an official statement on the rumours that have been swirling around in the past couple of days. On the other hand, it pours freezing cold water on those rumours. It seemed from previous reports that talks were underway between Cowley and the Baggies, but now we will have to wait and see if West Brom do approach the manager. It is likely that they are waiting and weighing up their options before making an approach for one of their targets, and Lincoln have decided to end speculation, at least for now. In any case, there is no doubting that Cowley would be a fantastic appointment for the Baggies. He has more than proved his managerial credentials at Lincoln, having taken them from the National League to League One.