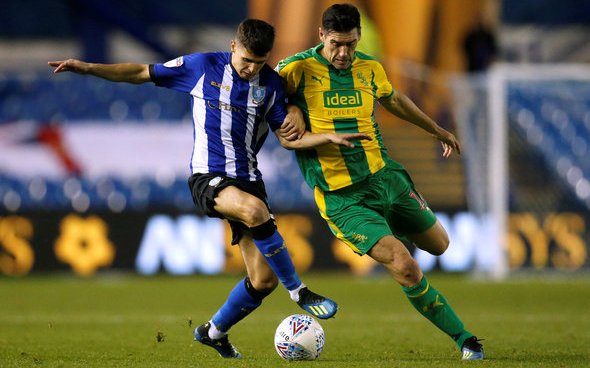 Gareth Barry has confirmed that he wants to extend his stay at West Brom by signing a new contract.

The 38-year-old’s existing deal is due to expire at the end of the season but he is currently sidelined until the summer after undergoing an operation on his knee in April.

The midfielder has revealed that he wants to stay on at The Hawthorns past the end of this season, especially if the Baggies earn promotion to the Premier League via the Championship play-offs.

“The dream would be West Brom getting ­promoted and signing a new ­contract there,” Barry told the Mirror.

“Let’s get, hopefully, the three games out of the way first. But I definitely want to play another year.”

West Brom play against Barry’s former club Aston Villa in the play-offs and he is bound to be gutted to be ruled out of those matches after he had an operation on his knee. The midfielder has done well for the Baggies for most of this season and has really put to bed the criticism he received last year when he was involved in the infamous taxi-gate scandal. It’s fair to say that West Brom have missed the former Manchester City and Everton midfielder in the second-half of the season. Due to his age, it is no surprise to see that he has not played that much but when he has played, West Brom’s chances of winning improve quite a bit. Barry made 24 Championship appearances this term and out of those matches, Albion lost just four times. West Brom will miss the veteran midfielder in the play-offs but hopefully James Shan’s other midfielders can do the job to help the side return to the top-flight.