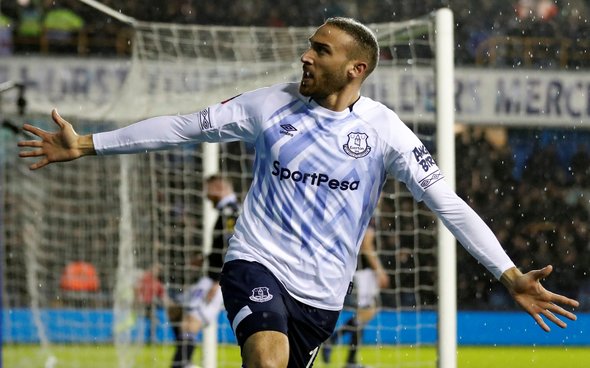 Everton fans have taken to Twitter to fume at striker Cenk Tosun after his performance against Tottenham, but after Sunday’s display, they have no right to. After Theo Walcott equalised early in the second half following Eric Dier’s early opener, Tosun put Everton in front and it shows that Blues fans should watch the full 90-minute performance of their players before slamming them on Twitter. Some fans were saying that this could be Tosun’s last game for the club and that he is out there trying to save his career on Merseyside, and if that’s the case, the Turk is doing a pretty good job of it. There is no doubt that this performance acquits Tosun of every bit of criticism he has come in for in the past, but his performance today warrants a lot more praise from the Everton faithful than it got. Maybe this will give Marco Silva a few thoughts about keeping him around at Goodison Park -if he is on the list of potential exits this summer. And rightly so. Tosun was solid in an Everton shirt today – shown by the goal – and he deserves a lot less stick than he gets – at least for today.

Some of Evertons fringe players are so bad… Walcott, Tosun, Mina all been a shambles after coming into the side #TOTEVE

50 MILLION on Tosun and Walcott ????, im sorry them two need to be shown the door , that’s if anyone wants them .

miss DCL as well, Tosun is a shocking #9 hes an entire gear below everyone else in terms of quickness of movement and thought

Tosun is completely off the pace.

the lack if speed from Cenk is painful to see. I trust Brands has his targets, it is the first position we need to improve on

Walcott and Tosun need to be sent elsewhere

Am I the only one gutted Tosun got up then?