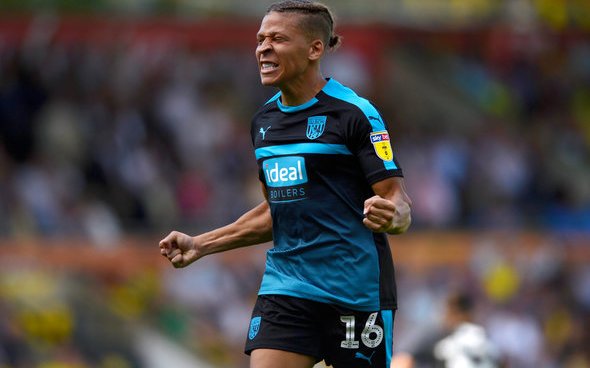 BBC pundit Danny Mills believes that Leeds should sign Dwight Gayle next season after the 28-year-old scored 23 goals in the Championship for West Brom.

Gayle will return to Newcastle now that his loan deal with West Brom has ended, having enjoyed a red hot season at the Hawthorns, and may be available this summer having fallen out of favour on Tyneside.

Mills, a regular on BBC radio believes that Leeds are lacking a proven goalscorer and that despite Kemar Roofe scoring 14 league goals in 32 appearances last term, Mills insists that more firepower is needed.

Speaking to Football Insider, he said: “Leeds need a striker this summer. Their top scorer is Kemar Roofe, who’s scored 15 goals in total, which is not outstanding. He’s done well but it’s not enough.

“Leeds need a striker who can score 20-plus goals. You think of someone like Dwight Gayle, who is far more prolific, and he could make all the difference.”

This is an excellent suggestion from Mills. Gayle would make an enormous difference and if they had the striker last term, they could have won promotion. Roofe has been superb in front of goal but that extra bit of quality and experience that Gayle brings is just what they need. The 28-year-old is an expert in the Championship and could definitely do a job for a lower Premier League side – he would make a telling difference for Leeds. The club must invest in the summer if they are to go one better next season and Gayle would be a very good start. He will most likely be available and despite Newcastle probably demanding quite a big fee, he is worth every single penny. He will guarantee you goals at that level and with that in mind, the club should go all out in order to bring him to Elland Road.