Adam: Desmond can pull a rabbit out of the hat 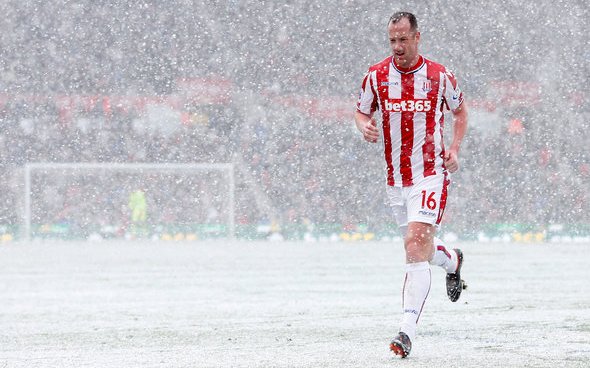 Celtic supremo Dermot Desmond can spring a surprise and “pull a rabbit out of the hat” according to Stoke centre-back Charlie Adam, but the 33y/o veteran thinks Neil Lennon is “fixed to take the job”.

Adam was talking about who would get the Celtic manager job in the summer, with interim boss Neil Lennon the frontrunner to get the job on a permanent basis.

Talking on the Alan Brazil Sports Breakfast show (talkSPORT, Tuesday, 8am) Adam said Lennon deserved the job but that didn’t mean he’d get it.

“I think if you look, anything could happen with Dermot Desmond. He could pull a rabbit out of the hat,” Adam said.

“Lenny deserves the job if he wins the Scottish Cup, absolutely. He steadied the ship at a crucial time and there was plenty of animosity round the club after Brendan Rodgers left.

“I think he’s fixed to take the job but with Dermot Desmond anything can happen and Desmond can pull a rabbit out of the hat.”

It seems like Lennon is the club’s choice but they don’t have the majority of the fans onboard. Getting a former manager back is always going to split opinion and this summer is going to be very big one for Celtic. Whoever gets the job is going to have to rebuild the Celtic squad and hold off an increasing threat form Rangers. If Rangers go on and win the league next season then it will be the end of whoever is in charge of Celtic. And winning nine-in-a-row isn’t a foregone conclusion like it has been in previous seasons. Lennon himself is confident he has what it takes and is proud of his record, however, the football his side has played since he took over the reigns from Rodgers hasn’t inspired by the fans. It’s a big decision for the Celtic board and one they simply must get right, but we don’t think any decision will be announced until after the cup final next weekend.