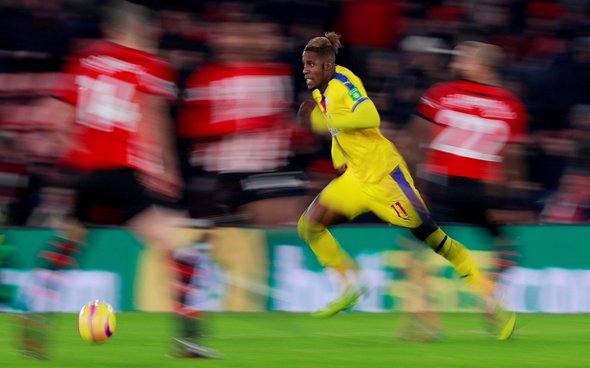 Tottenham could be tempted to reignite their longstanding interest in Wilfried Zaha this summer, but Crystal Palace will seek a fee of around £80 million for the winger, according to the Daily Mail.

The report suggests that the Eagles could finally be tempted to cash in on their star man, despite handing him a £130,000-a-week deal last season, and credits Spurs as being one of a number of clubs who may look to take him away from Selhurst Park after having being linked with him in the past.

It is also understood, however, that the sizeable fee being demanded could prove to be a stumbling block for Spurs.

This is a little bit typical to be honest. Spurs have been credited with an interest in Zaha for some time now, and the one transfer window that Palace decide to ship him out is the one where Tottenham are likely to be thrifty because they have just moved into a new stadium. If the fee was maybe £40 million or so, this could be a goer, but it’s hard to see Spurs forking out £80 million at all this summer, let alone on one player. Maybe if they offload certain members of the squad they could finance some kind of approach, but the players that would have to leave for that happen would likely be the likes of Christian Eriksen and Toby Alderweireld, and the vacuums that would leave in Mauricio Pochettino’s squad would need filling as soon as possible. Zaha would be more of a luxury signing, and because of that, it probably won’t happen.