Nicholas right to single out DCL 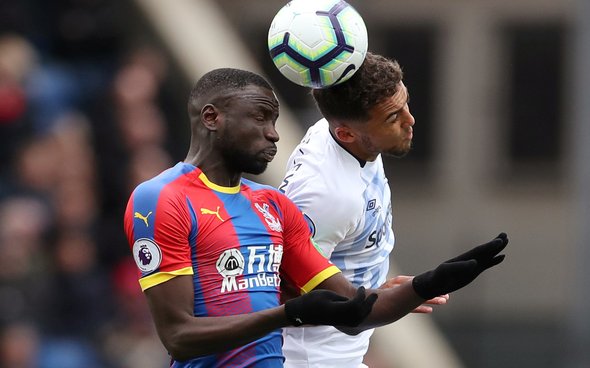 Charlie Nicholas singled Everton attacker Dominic Calvert-Lewin out for his performance against Crystal Palace and it’s easy to see why.

The Toffees drew 0-0 with Palace on Saturday but it wasn’t like they didn’t have their chances to win the game.

This was particularly the case in the first-half when Calvert-Lewin had not one, but two, golden chances to put his side in front; however he fluffed his lines and had two woefully disappointing efforts on goal instead.

Nicholas when analysing while neither Everton or Palace were able to get all three points, highlighted Calvert-Lewin for missing his chances and claimed he should have done better.

“Calvert-Lewin in particular had too or three chances and should have done much better,” said Nicholas on Sky Sports’ Soccer Saturday (Sky Sports News, 17:39, April 27th).

The pundit was spot-on to do so and it showed why Marco Silva has a frustrating headache when it comes to the player.

By all accounts Calvert-Lewin is having a fantastic season for the Toffees.

The 22-year-old has come on leaps and bounds in order to be a positive influence on the pitch, as he is strong enough to hold up the ball when leading the line and gets himself into glorious positions.

However despite his clear improvement and the fact he is destined to get better given his age, at the end of the day Everton need goals now not tomorrow.

Calvert-Lewin has only managed eight goals across his 37 outings this season and when you consider how many glorious opportunities come his way, that number is way too low for him to be the club’s main striker.

Yet Silva knows that if he doesn’t keep playing the 22-year-old regularly, he won’t continue progressing the way that he is.

So with that in mind, the Toffees boss is stuck in a difficult situation.