Tuanzebe and Lansbury in contention to face Blackburn next week 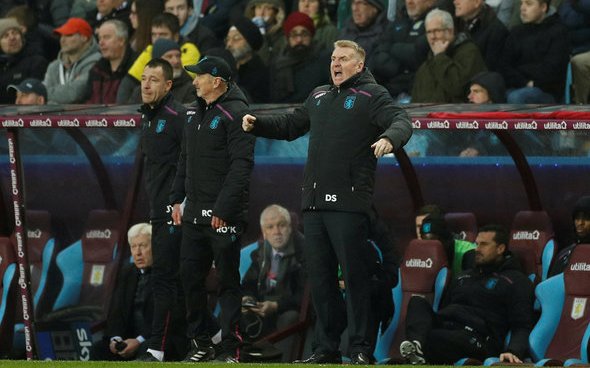 Aston Villa duo Axel Tuanzebe and Henri Lansbury are both in contention to face Blackburn Rovers next week after their injury lay-offs.

Both players have had a few months out due to their respective setbacks, with Tuanzebe’s last appearance coming in December and Lansbury’s coming in January.

However, boss Dean Smith is now set for a massive boost, as the pair have returned to full training ahead of the final stretch of the season.

“Henri Lansbury and Axel Tuanzebe have trained fully with us for the last week now. They’ll have had a good two weeks in training before the Blackburn Rovers game comes around. It’s great to have Axel back. He’s a very talented player – comfortable on the ball, athletic,” Smith told Villa’s official website.

Having both players back will be very important for Aston Villa at this stage of the season. Having squad depth at the moment is vital, especially with the team in the play-off places. They obviously want to stay there and have another chance of getting back into the Premier League after failing to do so last year. Tuanzebe is a great player and he showed great potential before he got injured. Fingers crossed that this setback will not stunt his progress in the team, as he was really showing glimpses of what he could do before Christmas. Smith now has more than enough options if any of his current first teamers get injured themselves, something which he can now breathe easy about. Whether the likes of Tuanzebe will find it easy to get back into the starting XI remains to be seen though. The team has progressed since then, especially with the signings of Tyrone Mings.