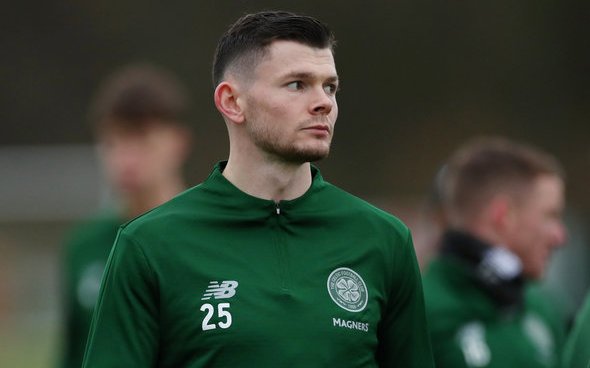 Queens Park midfielder Kurtis Roberts slammed Oliver Burke as “one of the worst footballers” he’s seen after his performance for Scotland on Thursday night.

The Scottish 24-year-old, who is a regular for the League Two outfit, took to his personal Twitter account to lay into the on-loan Celtic attacker in the second half of Scotland’s humiliating 3-0 defeat to Kazakhstan.

That Burke might be one of the worst footballers av seen????

Burke started on the wing as Alex McLeish’s side kicked off their Euro 2020 qualifiers with one of the most embarrassing defeats in the Tartan Army’s history.

What was so disappointing about Burke’s performance for Scotland was that he had the beating of his direct opponent – the Kazakh right-back – but his end product was wretched. Recalled to the national side after an impressive two months on loan at Parkhead in which he has scored five goals in 14 matches, the clash on the artificial surface at the Astana Arena appeared the perfect opportunity for Burke to lay down a marker and demonstrate why he should be an integral member of the national side during the Euro 2020 qualifying campaign. Instead, he is taking pelters on social media from a fellow player, who who should know better and whose lifelong support of Rangers should put his tweet into some context. Burke will be lucky to keep his place in the side for Sunday’s qualifier against San Marino, although he can at least reflect on the fact that he was no worse than most of his colleagues during Thursday’s horror show.