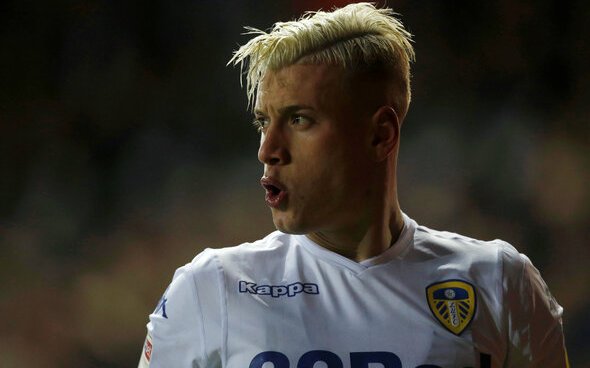 Leeds midfielder Ezgjan Alioski continued his fine run of form, this time for his country, scoring the opening goal in Macedonia’s 3-1 win against Latvia on Thursday night. It was his fourth goal in his last six internationals and it put Macedonia well on the way to a deserved three points in their opening Euro 2020 qualifier. The 27-year-old has found a new lease of life under Leeds manager Marcelo Bielsa this season, scoring seven goals in the Championship, where he’s been playing at left-back for the last couple of months. He’s been impressing Leeds fans with his seemingly endless energy and fans were quick to praise him for his international performance on Thursday too. He proved his energy again at the Telekom Arena, providing a late assist after his early goal, all from the left-back position. Leeds fans are hoping for more of the same from Alioski against Millwall a week on Saturday – a clash that is now very much a must-win for Leeds.

Here are the best reactions from fans to Alioski’s display:

In my household messi is the argentinian alioski.

Nothing short of amazing what Bielsa has done for these lads careers #Klich #Alioski https://t.co/armaKawFt6

Crazy pace from Alioski & he stayed on side!???????? Shame he wasn’t at left back when Basham scored as sure he would have got back

Great performance today, even though we dropped off a bit in the second half. Great goals from Elmas and Alioski to secure us a win;