West Ham could go back in for Medel this summer 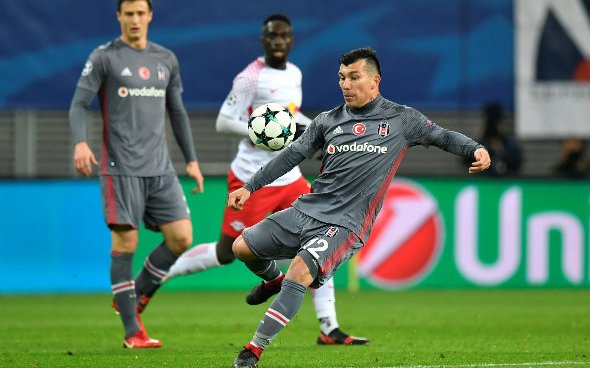 West Ham United could go back in for Besiktas midfielder Gary Medel in the summer, according to Claret and Hugh.

The reliable news outlet – a trusted website on the Hammers – have revealed that West Ham could launch a new swoop on the 31-year-old in the next transfer window after failing to sign him last month.

They add that they were keen on signing the Chile international as they were told by his club that he was able to play in a variety of roles and would be available for free, however, this did not turn out to be the case.

Medel may have a lot of experience under his belt after playing for the likes of Inter Milan, Sevilla and Cardiff, but that does not mean that he is a good option for the Hammers. He was obviously a good player a few years ago, but at 31, he is no doubt past his best – meaning it would be pointless in signing him. What could he add to the team that they do not already have?

The report states that West Ham are likely to revisit signing him in the summer, but this does not mean that they actually will. C&H say that he would cost in the region of £3 million to £5 million, and it remains to be seen whether the Irons would be willing to pay that after being told he was free before. Paying that sort of money for a player of his age would be a waste, so a move in the summer does not look like it could be on the cards.