Carragher claim about Higuain will have Chelsea fans purring 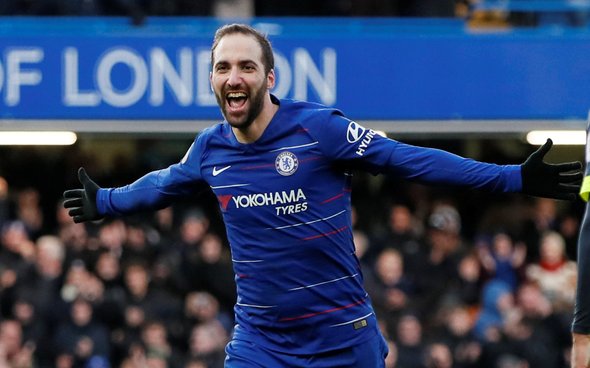 Jamie Carragher claimed that the only time he believes forward Gonzalo Higuain had shown world class form was under Chelsea manager Maurizio Sarri and this is sure to convince some Blues fans that the good times are coming to Stamford Bridge.

The former Liverpool player shared it was too early to say whether the forward was definitely the man to score the goal to bring success to Chelsea this season or beyond, but highlighted the 31-year-old’s form under Sarri when they were at Napoli together.

“Listen you’re playing Huddersfield at home so it’s far too early to say he is the man to take Sarriball, as we keep calling it, to success this season or future seasons,” said Carragher on Sky Sports’ Monday Night Football (February 4th, 19:10).

“Now different managers can get different things out of players but if he can get that out of him, he has a great chance of keeping him successful, not him the manager but Chelsea because there’s a lot of talk about Sarri and I think he needs this deal or player to really hit the ground running and continuing forward.”

While Carragher isn’t overly ready to hitch his wagon to the hype surrounding Higuain’s arrival at Chelsea, his remarks are sure to have at least some Blues fans convinced that the good times are coming.

Ahead of the forward’s arrival at the club in January, Chelsea were lacking a prolific attacker to lead the line and it was starting to cost them.

No matter how many chances Chelsea carved out for whoever was upfront, whether it was Alvaro Morata or Olivier Giroud, they just weren’t converting enough of them to get the wins their quality indicated they deserved.

It surely was a belief held amongst Chelsea supporters that if they had a clinical forward to call upon then their side’s results would be better as under Sarri they have regularly dominated possession.

Therefore based on the fact Carragher states that Higuain has been world class under Sarri before and suggest that the manger knows how to get best out him, it’s probably enough for some Chelsea fans to starting salivating over the possible success their team will taste shortly.

This is especially when you consider Carragher’s remarks came on the back of Higuain scoring two goals in a 5-0 victory over Huddersfield Town.