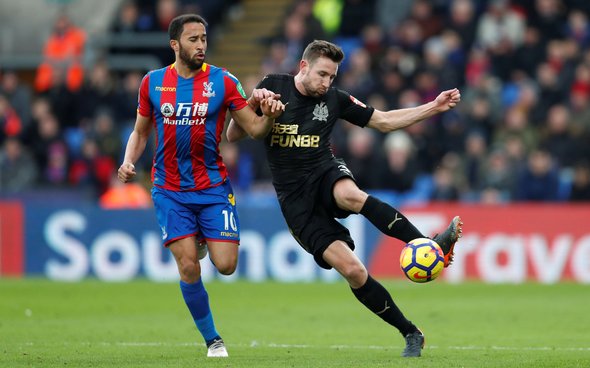 Newcastle United signing Antonio Barreca is yet to be given his full debut after making a short cameo on Saturday, but there is one player who could stand in his way.

That player is left-back Paul Dummett, who according to boss Rafa Benitez, could be fit in time to make the clash against Wolves next Monday.

“I think Diame, Ki and Dummett are quite close, more so than Jonjo. We will see but the others are quite close so hopefully they will be available [against Wolves],” he said, as quoted by the Chronicle.

As hard as it may be, Benitez must disappoint fan favourite Dummett – who has made 15 appearances this season despite suffering with injury problems – in favour of Barreca, as Dummett is not the only quality option that the manager now has at his disposal.

Barreca must be started against Wolves as it will give him a chance to show Benitez what he can really do and why he was right to sign him after the deal for Jordan Lukaku fell through.

Newcastle’s defence is one of the most tightly-packed areas they have and competition is no doubt rife for a place in the starting XI, but this should not faze the 23-year-old one bit, as is more than capable of showing the quality that will get him into the team on a regular basis.

Plenty of fans will no doubt question Benitez’ decision making if he does end up dropping Dummett for Barreca, but how will he be able to rotate the squad if he does not find out how good the other players are?

There is no denying the talent that Dummett has, he has proved that numerous times, but he must sit on the sidelines for now and let one of his new teammates have the chance to shine.

St James’ Park may roar if Barreca can spearhead his side to three points.