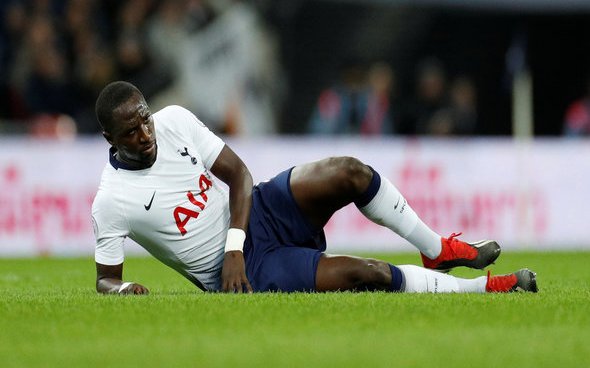 Sky Sports pundit Danny Murphy has drooled over the way in which Tottenham manager Mauricio Pochettino has managed to turn around the form of flops Fernando Llorente and Moussa Sissoko in north London.

The French midfielder has established himself as a mainstay in the Argentine’s side, despite having been panned by fans in the not-so-distant past, while the much criticised Spaniard has stepped up to the mantle of leading the line in Harry Kane’s absence.

Speaking of the pair, Murphy heralded the u-turn in their performances and put it all down to the faith shown by their manager.

He told Sky Sports’ The Debate (21/02, 22:00): “While (Heung-min) Son deserves the credit, I think Llorente deserves a bit of credit. I saw him in that Fulham game – Kane got injured and the next one was Fulham – they played him and he got the own goal and you thought it’s just not happening.

“But Pochettino knows his players and he stuck Llorente in, he left him in, he got his goal – he’s got more than one goal, some crucial goals – what I like about Pochettino is he doesn’t lose faith with those players.

“When you think of Sissoko, how he’s developed. I mean he was a laughing stock at one point, let’s not beat around the bush, the fans were laughing at him. He’s now become one of the first names on the team sheet and that’s Pochettino, that’s a man who believes in his players.”

If you had said after Moussa Sissoko’s first season at Spurs that he would be as crucial to the side as he is now, fans would have been left laughing at you as well as the Frenchman. He was atrocious for Pochettino’s side, looking like a deer in the headlights both on and off the ball. His improvement has been nothing short of extraordinary and as Murphy says that all comes down to the incredible managerial skills of the man in the dugout. He has obviously got the likes of Sissoko and Llorente, who could not hit a barn door with a banjo at times, believing in themselves and that show of faith and trust from the manager has done wonders. Yes, they might not be world beaters but that is not what is expected of them. All the Spurs faithful want is players with some quality who work hard and that is what Sissoko and Llorente bring to the fore.