Benitez: Of course I still want to win trophies 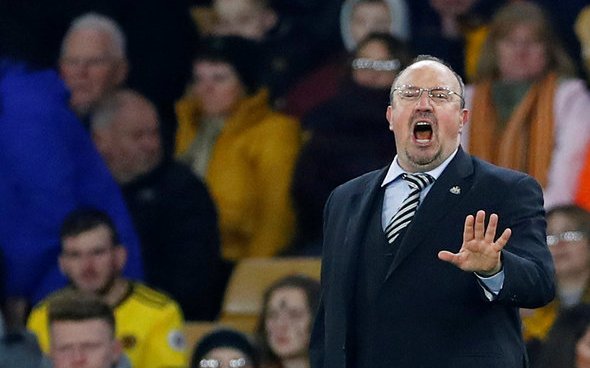 In a brilliant behind-the-scenes look at Benitez, the Newcastle manager ends up choking the Times journalist as he reveals his prowess in martial arts.

“Rafa Benítez is choking me. His forearm is pressed against my windpipe, his other hand gripping the scruff of my neck. ‘My moves are not as good as they were, but I can fight if I have to fight,’ the Newcastle United manager hisses. ‘I’m ready. I’ve done it all my life.’ Benítez looks ferocious. His eyes are blazing. And this interview has veered wildly off course.”

Bentiez admits he used to like Bruce Lee and did judo from the age of six to 13. And when he likes to relax he watches British sitcoms and cowboy films.

But his real passion now happens on the football pitch and Benitz hasn’t given up on winning at Newcastle.

“I want to win every game, so of course I still want to win trophies,” Benitez says. “I don’t like to play against any manager and not have the chance to compete, that is crucial. The main thing is the players, they can make the difference. But you have to be ambitious.”

Caulkin is a brilliant journalist and the access he has with the Newcastle man helps him deliver fantastic interviews like this. You hardly ever get to see the real men behind the stoic managers, and Benitez doesn’t give a lot away in his standard football interviews. This gives Newcastle fans a real flavour of what Benitez is like as a man, and the anecdote about having to beat his wife’s record at Solitaire is brilliant. The one worrying takeout from this is that Benitez loves, nay demands to win. And he hasn’t given up on landing trophies in football. If that’s not going to happen with Newcastle – a club he obviously has a lot of affection for – then you have to imagine that he’s going to look elsewhere so that he can lift something else before the end of his career. Newcastle have him until at least the end of the season, but Benitez’s future could be decided by what happens in the Newcastle boardroom. And it doesn’t look like the seismic change that Benitez, and the Newcastle fans, want is going to happen anytime soon.