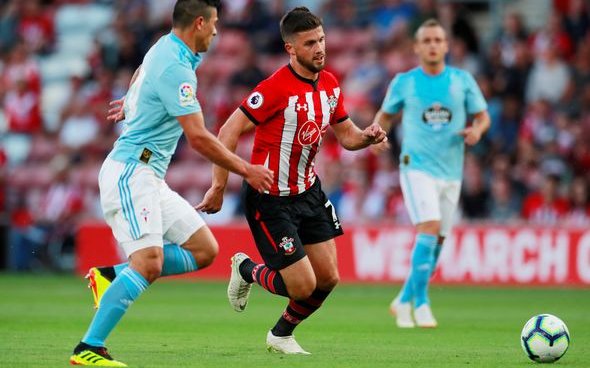 There has been much commotion at Villa Park recently at the news, reported by the BBC, that Wolverhampton Wanderers have made a move to permanently sign Aston Villa loanee Tammy Abraham from Chelsea this month.

The 21-year-old has bagged 16 goals in a stunning campaign in the second tier this season, and now it appears that he could be on the brink of another change of club, with Wolves eager to exploit a break clause in his Villa contract in order to sign him permanently.

All very disconcerting. However, Villa can make the best out of a bad situation – if Abraham does leave – by turning their attention to Southampton striker Shane Long.

Reporter Alan Biggs claimed on his personal Twitter account recently that Villa’s promotion rivals Sheffield United are interested in the Republic of Ireland international, and Dean Smith’s side would do well to join the Blades in the hunt for Long.

Being asked whether #sufc still keen on Shane Long now that Jermain Defoe seemingly headed for Rangers. As I reported recently, there has been an interest. I know he’s been discussed. But there will be others & Long currently in & around Southampton squad.

Long’s had a tricky time of things on the South Coast in recent years, but he remains a high-calibre Premier League operator and someone that defenders hate playing against.

A loan bid for the frontman would see Villa perfectly fill the void left by any potential Abraham departure. While Long likely wouldn’t be as prolific as the Chelsea star, he would offer more to the team and would improve the performances of those around him.

His non-nonsense, high energy approach would go down a treat with Villa fans and coaching staff alike. He is a manager’s dream and Smith would surely love to have him on board.

Sheffield United are an upwardly mobile club who are having a fine season, but Villa would likely blow them out of the water here. The Villans remain an attractive proposition for Premier League stars, as seen by their ability to bring in Robert Snodgrass, Yannick Bolasie and Abraham in recent years.

Long could be the latest top flight player to benefit from a stint at Villa Park. The switch would be good for both the player and the club, and would help Villa find their silver lining if Abraham does indeed join Wolves.