Tottenham to table offer for Rabiot 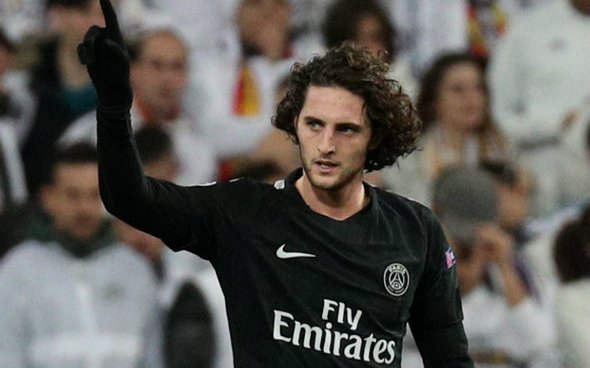 Tottenham are set to table an offer for Paris Saint-Germain midfielder Adrien Rabiot in the coming hours, according to France Football.

The French news outlet claims that Spurs boss Mauricio Pochettino is due to hold talks with the 23-year-old tonight (Wednesday) in a bid to lure him to North London.

It is understood that Rabiot’s deal with PSG expires at the end of the season and he will be available on a free transfer in the summer.

Pochettino definitely needs to add to his midfield this year, especially now that Mousa Dembele has left.

Even though Harry Winks and Moussa Sissoko have stepped up their game this season, Spurs’ central midfield area is still their weakpoint and Daniel Levy needs to free up some funds so Pochettino can improve it.

Will Rabiot improve it?

The 6ft 3 (transfermarkt) colossus is good on the ball and can offer a bit of a shield to the defence.

He is definitely an upgrade on Victor Wanyama and with him being available for free in the summer, it’s certainly a deal that’s worth completing.

Spurs have been linked with Rabiot for quite some time now and you can expect to hear more and more reports in the coming months as the France international’s contract winds down.

It would be a shock if Spurs signed him this month, but in the summer it’s definitely a maybe.