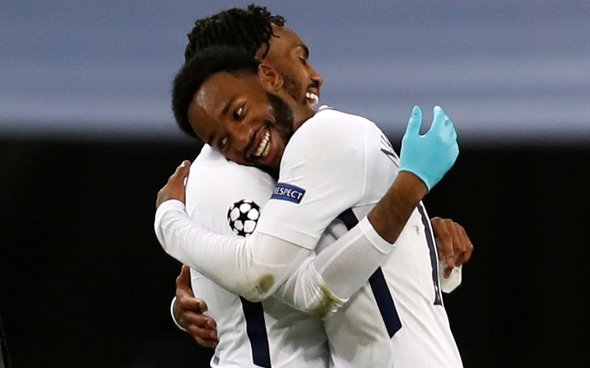 Georges-Kevin NKoudou may have supplied that game-winning assist against Fulham on Sunday, but the French winger has had enough chances to prove that he is good enough for Tottenham and it is definitely time to get rid of him. It certainly seems as though the club are trying to move on the 23-year-old this month with Turkish news outlet Sporx reporting that Bestikas have agreed a deal to sign him on loan for the rest of the season. Some Spurs fans have been reacting to the news and there are some mixed opinions. If NKoudou is going to be loaned out, that is no way a suggestion that Mauricio Pochettino is close to signing a new player, as some fans have suggested. It would definitely be a bit of a strange decision by Tottenham though. NKoudou may as well be sold at this point. Loaning him to Besiktas doesn’t benefit them nor the player, it only benefits Besiktas. NKoudou’s best option is to leave Tottenham for good. It may mean taking a major backwards step in his career, but he needs that so that he can build himself back up again.

We need to sell to replace. If that's n'koudou…fantastic.
Because one of his two crosses didnt fly off the pitch people want me to be unhappy. I expect a player for Tottenham to be able to cross a football. I doubt his transfer will come back to haunt us

Nkoudou linked with Besiktas on loan, would literally be pointless. Need him on the bench for the. Ext 3/4 games at least

We can’t be getting rid of players if we’re not bringing anyone in. Why are we loaning as well it’s pointless.

Is this a joke?

This is so not good. can understand the decision tho.