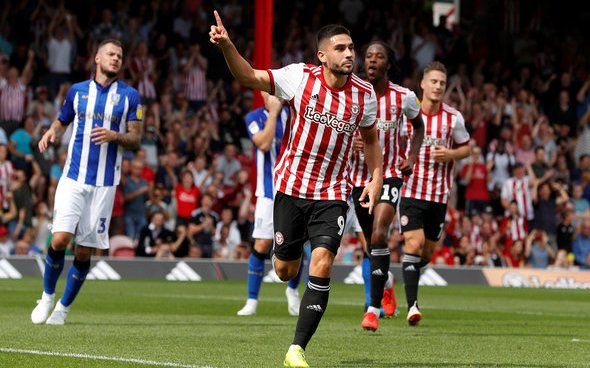 Ex, who is an established source of exclusive Hammers news, was speaking on the latest edition of the West Ham Way podcast [1:18:24], and revealed that the club had been keeping tabs on all three Bees players in recent weeks.

“We’ve scouted a couple of Brentford players. One’s called Watkins – Ollie Watkins – he’s a midfielder, Rico Henry who is a left-back, and I mentioned Maupay on the show last week,” he said.

Yes. All three are young, talented players who look set to play in the Premier League at some point soon.

Maupay is the biggest name out of the trio, with the 22-year-old Frenchman banging in the goals for Brentford this season with 16 in 28 games in all competitions.

Watkins is an exciting winger who has contributed seven goals and four assists for the Bees this season, with the 23-year-old attracting the attention of several Premier League clubs.

Finally there is Henry, who is the youngest of the lot at 21, and is just breaking through at Griffin Park but looks to be a really good prospect.

It looks like West Ham’s interest in the Brentford trio is still at an early stage, with no mention made of any approach so far.

It is a good sign that the club are keeping tabs on all three players, but the chances of a move being pulled off this month look low.

The most likely deal in the coming weeks would like be Maupay, with Hammers star Marko Arnautovic possibly off to China, but even that seems unlikely with the club having several other targets ahead of the 22-year-old.