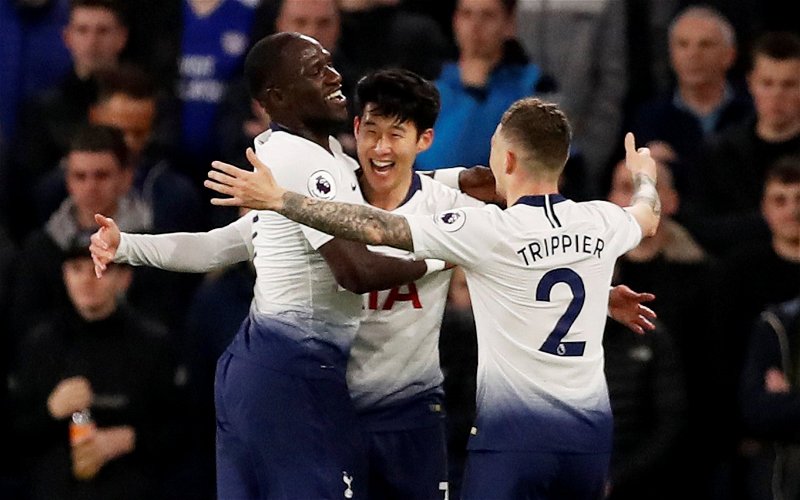 The 56-year-old was doing commentary on Spurs’ clash with Cardiff City and highlighted how impressive the 29-year-old had looked this season and even pointed out that fans now sung the player’s name.

“He is a player reborn this season Sissoko, just looked like it wasn’t going to happen for him in a Tottenham shirt and fans are singing his name now,” said Smith on Sky Sports Main Event (Tuesday January 1st, 18:02).

Sissoko was making his 22nd appearances of the season against Neil Warnock’s side on New Years’ Day and so far has one assist to his name for the current campaign.

Last season Spurs fans would have dreaded the sight of Sissoko’s name on Mauricio Pochettino’s starting line-up but that simply isn’t the case anymore. The powerful midfielder finally looks like being the real deal for the London club and seems to have turned his form around for the better. No longer does Sissoko look sloppy in procession and unable to make a positive impact, if anything he is now player fans want to see feature for their side. A lot of credit must go the player himself for continuing to strive on at Spurs and improve, with the rest of acclaim for the midfielder’s improvement going to Pochettino. The Spurs boss constantly kept faith in him and has seemed to have discovered the best way to utilise him. Given that Tottenham signed no new players in the summer, having a player like Sissoko dramatically raise his game, has made up for the lack of new faces.