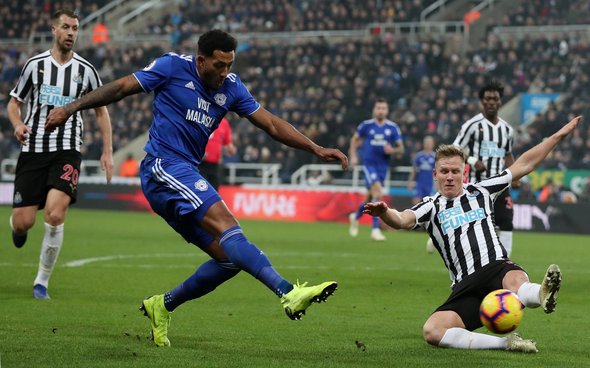 Newcastle United winger Matt Ritchie wowed in the 3-0 win over Cardiff City on Saturday and looked like he was giving everything to the cause in order for his side to get a vital win.

The 29-year-old is a mainstay in Rafa Benitez’s side, shown by the fact he has played 23 times this season, but often sees his displays fly under the radar.

While Ritchie regularly delivers everything he has and constantly works hard for the team, he often finds himself overlooked when it comes to the headlines.

After all it’s generally goalscorers that grab those sort of plaudits and when you consider that his 21 league appearances this season, he’s yet to get a goal, it shows how unlikely he is to be the player in the spotlight.

While Ritchie is capable of being an assist machine given his crossing ability, his importance to Benitez’s side is often overlooked and for that reason he doesn’t get the praise he warrants as he flies under the radar.

The winger is one of Benitez’s most trusted players because you always know what you’re going to get with him.

Ritchie will strive until the very end of the game to make a difference, whether his teammates help him or not, and clearly has a tremendous amount of pride regarding playing for the Magpies.

Fabian Schar may have scored a brace, Salomon Rondon may have been sensational but for once you feel Ritchie deserves the headlines after Saturday’s victory for Cardiff as he did go above and beyond for the cause once again.

The Magpies regular was constantly running up and down the flank, while also regularly whipping in dangerous crosses in order for his side to be the attacking threat they should always be on Saturday.

Therefore this all means that while Ritchie can fly under the radar as people just expect him to deliver the goods as he has consistently done that for so long, he does deserve his moment in the sun and the headlines from Saturday’s game.