Poch not keen on EFL players 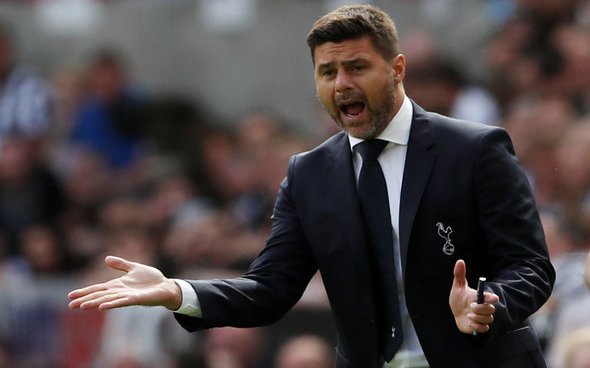 Adrian Durham revealed that he has been told Tottenham would not sign players from the English Football League due to Mauricio Pochettino having doubts.

The talkSPORT host shared this was the case as he was informed despite signing Dele Alli from MK Dons and him going on to be a success for the club, the Spurs boss believes he was the exception rather than the rule that players from the lower leagues could step up to the Premier League.

Durham cited Pochettino’s doubts as being the reason why Spurs hadn’t moved for Hull City attacker Jarrod Bowen as well as the reason why they hadn’t gone in for Sunderland forward Josh Maja.

“My understanding is, I was told this a few weeks ago, after Dele Alli signed became the player he did, Pochettino had a few misgivings about taking player from the lower leagues and Alli was the expectation that broke the rule and ultimately players in the lower leagues are not going to make in in the Premier League,” said Durham on talkSPORT (Wednesday January 23rd, 17:29).

“So they won’t go down that road, it may sound contrary to the experience of Spurs given what they have done with Dele Alli but it’s my understanding, whether it’s true or not remains to be seen, but they haven’t gone for Jarrod Bowen the Hull City winger they’ve been linked to and they’re not pursued Josh Maja.

“I do understand that he has been brought to their attention.”

It’s really hard to believe this information as even Durham covers himself by saying that whether it’s true remains to be seen, but it’d be very interesting if true. Pochettino has worked wonders with the young talent at Spurs and has notably over the seen development of Alli. The midfielder is not only just an important member of Spurs’ team but is regular fixture of Gareth Southgate’s England team. Alli has come on the leaps and bounds seems arriving from MK Dons to turn into a reliable presence, but it has journey the club have benefited from going on.  While it makes sense that Pochettino would rather some Premier League proven players be added to his squad as it’d help take the team to the next level, it’s odd that he would effectively shut the door on recruiting any talent from any division below the Premier League, as there are bargains to be had.