Joselu has lost all his belief 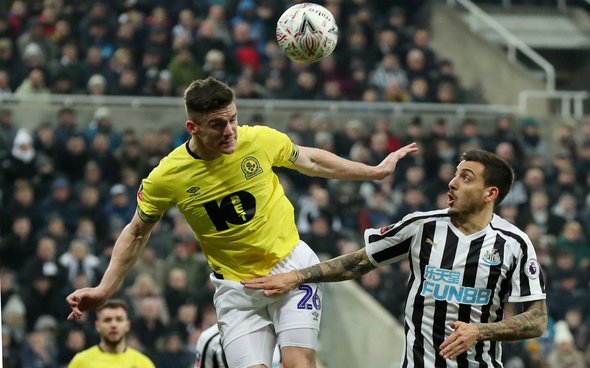 Rafa Benitez must give up when it comes to using Newcastle attacker Joselu as he looked beyond repair during the 1-1 draw with Blackburn Rovers on Saturday.

The Spanish manager has regularly continued to turn to the 28-year-old forward due to having a lack of options upfront and opted to hand him a rare start in the FA Cup.

However while Joselu normally looks determined to prove himself despite constantly coming up short in front of goal, he looked void of all belief and confidence on Saturday.

The Magpies player, who earns £40,000-a-week at St James Park (Source: Spotrac), has played 16 times this season and only managed two goals.

Yet while fans may hope that Joselu can turn in round as his desire and work ethic can not normally be faltered, his display against Blackburn on Sunday was arguably among his worst yet and showed that it’s time to stop turning to him.

While Benitez no doubts needs a new forward signed in January to be able to confidently keep Joselu on the sidelines, he should at the very least try the likes of youngster Elias Sørensen who has been in clinical form in the youth system.

The 19-year-old might not have the same level of experience as Joselu but he’d likely fair better in the coming weeks due to having confidence in his ability after scoring 19 goals this season.

It might be hard for Benitez to admit it after trying so hard to make Joselu work but even he won’t be able to get the forward back to his best, which arguably still isn’t good enough, as he looked to have hit an all-time low on Saturday.