Fernandez will be sweating after Lejeune display v Blackburn 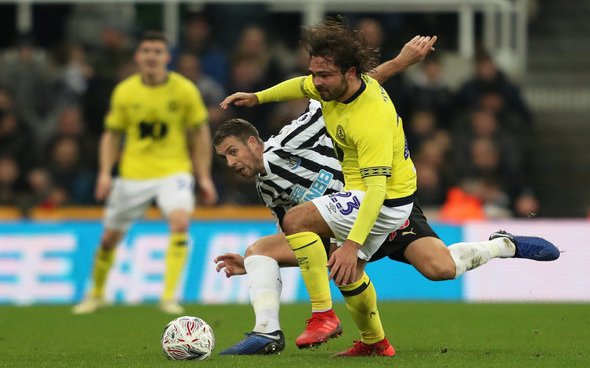 Being injured for a long period of time can often hamper a player’s chances in the first team, but that will certainly not be the case for Newcastle United centre-back Florian Lejeune.

The 27-year-old has been sidelined for the entirety of the season so far due to a knee injury, but that is now a thing of the past after he made his long-awaited comeback against Blackburn Rovers in the third round of the FA Cup on Saturday.

For a player who had been out of action for a while, the 6ft 3in [Transfermarkt] star was mightily impressive against Newcastle’s Championship opponents – he looked calm and composed whenever he was on the ball.

He was one of the players who managed to keep it together in what was an overall disappointing day for the Magpies, but his display will no doubt leave one of his teammates sweating profusely.

Federico Fernandez – who failed to make the bench due to an ongoing injury – has been fantastic since his summer move from Swansea City, but Lejeune’s performance has essentially put a spanner in the works in terms of his first team chances.

He was without a doubt Newcastle’s best player on the pitch, and this is something that manager Rafa Benitez would have taken into consideration.

In fact, Fernandez’ place in the starting XI is now surely under threat following this match, as it is not like the Spaniard is going to suddenly drop Lejeune after his confident display.

Lejeune is no doubt in line to continue his great form in the Premier League, and Fernandez is obviously sweating profusely at this prospect.

Newcastle have been blessed in the centre-back department ever since the two arrivals in the summer, so the competition for a place was obviously going to be fierce.

Now that Lejeune is back in the mix, the ace’s chances are seriously under threat.