Lustig: Talks with Rodgers have not made Celtic future any clearer 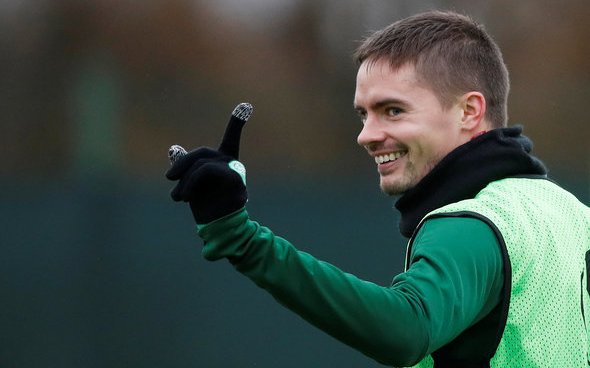 Celtic defensive mainstay Mikael Lustig has confirmed that he has held talks with manager Brendan Rodgers over his potential departure from the club as he heads into the final months of his contract in Glasgow.

The 32-year-old Swede has been a regular for the Bhoys this season, making 29 appearances across all competitions, but is facing becoming a free agent when his current deal comes to an end this summer.

The 73-cap international is joined by fellow right back Cristian Gamboa in having a contract that expires at the end of the season and he revealed he has been talking with Rodgers about his potential departure, having seen himself linked with a move to AIK.

He told Aftonbladet: “I have a dialogue with our coach and the club. Both my and the other right-back (Cristian Gamboa) contract expires. That Celtic is looking for a new right back I have no problem whatsoever with. They have to fix that.

“Then we see how my situation is, if I stay or go somewhere else. We have a good dialogue and I know what he wants. It’s still a few months left and a few weeks on this window. First of all we get to see what they do in this transfer window,

“Celtic has not received any inquiry (from AIK) yet and I have not heard anything concrete. Right now, there is full focus on Celtic that applies to me. Of course I look and listen to different options. You have to do that in this industry. We sit down in the family and talk about what we want to do. We feel good in Glasgow and should we stay here we know we are fine.”

Lustig is one of the old guard at Parkhead and while his experience is invaluable, there have to be questions over how long he can continue to perform at his very best in Scotland. At 32, he is definitely heading into the twilight of his career and with a contract that expires this summer it would be a natural end to his time at the Hoops. Of course, Celtic will have to fill his boots with a new right back and that could prove easier said than done and with Gamboa also looking likely to leave, Rodgers needs to fill as many as two places in the senior squad. Perhaps keeping Lustig on for another year, giving him the chance to impart his wisdom onto the next generation of Celtic stars as well as offering a talented backup option, would not be the worst thing for the club. It is a decision for Rodgers to make, with Lustig himself seeming keen to remain with the Bhoys past this coming summer. Will he get what he wants? Only time will tell.