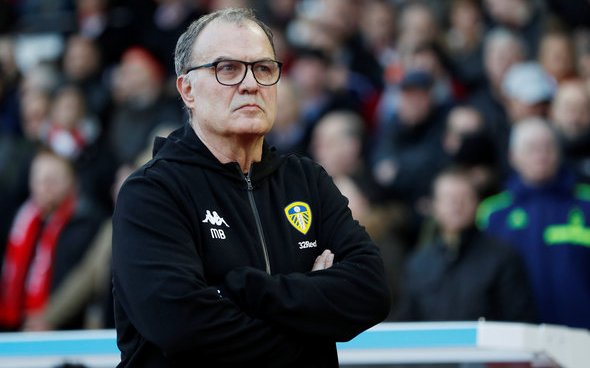 Leeds United are reportedly considering a bid to sign Fulham teenager Matt O’Riley – and this would be a sensational signing by the Championship leaders if they are able to lure the midfielder away from Craven Cottage this month.

Sky Sports has reported that a race for O’Riley’s signature is developing with Leeds among a number of heavy-hitters interested in signing the 18-year-old wonderkid.

It is understood that Celtic, Rangers, Norwich, Stuttgart, RB Leipzig and Borussia Dortmund are all eyeing up the central midfielder, with Leeds considering whether to table a bid for him.

O’Riley is one of the brightest young talents at Fulham, whose academy has been getting rave reviews lately for developing players like Ryan Sessegnon, Moussa Dembele and Patrick Roberts.

The England Under-18 international is widely viewed as one of the most talented young players at Craven Cottage, so signing him at this stage of his career would be massive for Leeds if they were able to strike an agreement.

Although O’Riley is yet to earn a senior debut, he would surely get straight into Marcelo Bielsa’s first team at Elland Road for the second half of the season, especially as central midfielders Samuel Saiz and Lewis Baker have both left the club this month.

O’Riley would get straight onto the Leeds bench, and he will know it, so surely he would rather go to Yorkshire than continue playing Under-23s football for Fulham, who look as though they could be replaced by Bielsa’s side in the Premier League next season.

If that does happen then the Whites have hit the jackpot.

O’Riley’s value is only going to get higher and higher as his career progresses, especially if Bielsa plays him as much as he has with other young players.

It may be hard to win the battle for the 18-year-old playmaker’s signature with the increased interest in him, but Leeds fans will be over the moon if they are able to get him on board this month.