James deal will involve a lot of add-ons 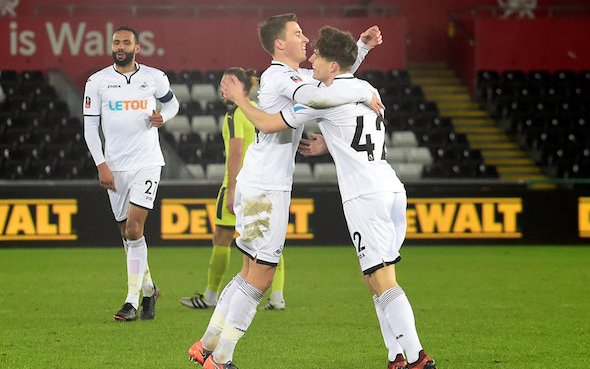 Leeds United are structuring a deal for Daniel James that is heavily weighted towards performance-related add-ons, according to Phil Hay.

Speaking to the latest edition of the Inside Elland Road podcast (45:00), the Yorkshire Evening Post correspondent explained that United are centring all their late-window transfer efforts on finalising the capture of the Swansea City attacker.

Hay said: “It’s clear their eggs are pretty much in James’ basket and that alone tells me they think at some point Swansea will buckle and say, ‘for the right price, you can have him’.

“Any deal will involve a lot of add-ons. It will be worth potentially a lot to Swansea in the longer term, and I’m not sure the up-front fee will be anything like the numbers quoted in the past few days.

“They want decent money for him, and, more to the point, they need cash. That’s the one to keep an eye on in the next 24 to 48 hours.”

No journalist understands what is going on behind the scenes at Leeds better than the immaculate Hay, and his podcast update on the club’s pursuit of James provides further insight into a deal that now looks certain to be announced before the Thursday night transfer deadline. There have been reports that Swansea are holding out for £12million for James, a one-time Wales international who is bursting with potential but his achievements have been fairly limited so far in his nascent career. Hay’s update makes it clear that Leeds, in extensive negotiations with Swansea to wrap up the deal, won’t be paying anywhere near that, although there should be some lucrative add-ons included in the deal that will soothe the pain for the Welsh club of losing one of their prime assets at the midway point of the season. These are likely to be based on appearances, goals and the success of the team, including whether they achieve their dream of promotion to the Premier League.