Hay: O’Dowda is a stalking horse 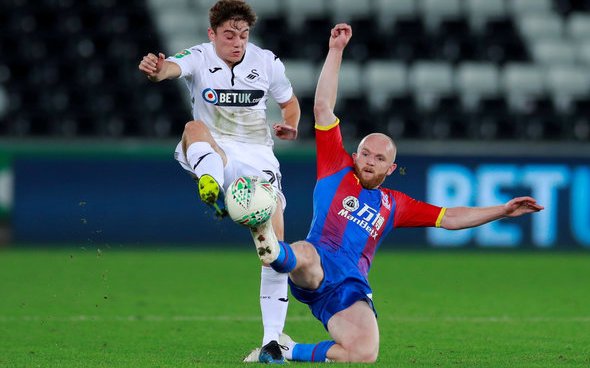 Phil Hay has claimed on a Yorkshire Evening Post podcast that Callum O’Dowda is a “stalking horse” for their “big signing” target Daniel James.

The United correspondent explained Republic of Ireland international O’Dowda is on Leeds’ shortlist of winger targets but the man “they really want” is the Swansea City attacker.

Hay explained that he expects Leeds to recruit one more first-team player this month after sealing a deal last week for goalkeeper Kiko Casilla.

“The big signing they really want is Daniel James down at Swansea, which hasn’t really been kept under wraps, that one,” Hay told the Inside Elland Road podcast (38:30). “They have been linked with Callum O’Dowda at Bristol City.

“He is on the list but I do wonder whether he is a bit of a stalking horse and O’Dowda’s name being out there is for Swansea’s benefit, given that Swansea do need money and need to sell. They are evidently aware of Leeds interest in James.”

This is fascinating insight from the ever-reliable Hay, who is convinced that a deal can be done for James before the transfer window shuts on 31 January. Interestingly, he points out that the Swans need the money, which dramatically increases Leeds’ chances of securing their apparently prime remaining target this month. Given that the winger has 18 months left on his contract and has not been offered an extension, the door is ajar for Leeds to make Swansea an offer they can’t refuse. What price that is must be hard to deduce at this point, but Leeds may need to pay well north of £3million for a player who has been capped by Wales and, aged, 21, has serious potential. Blisteringly quick, direct and capable of creating and scoring goals, James would certainly add an exciting dimension to the Leeds flanks, especially given that Manchester City loanee Jack Harrison has not really fired this season.