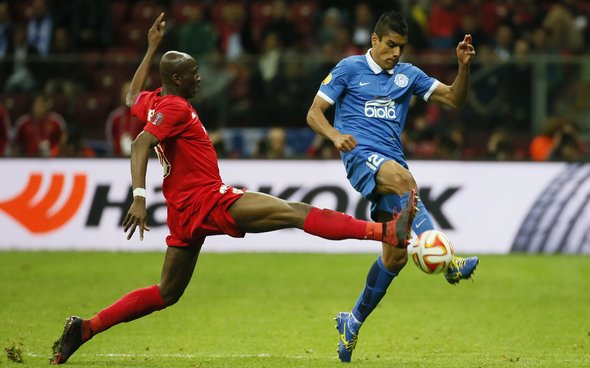 Aston Villa must sign defensive midfielder Stephane Mbia to bolster their options for the second half of the season after the 32-year-old has his Toulouse contract terminated.

The Ligue 1 club shared in a brief statement via their official website that Mbia and Toulouse had agreed to mutually end his current deal and this should see the Villans spring into action.

The 32-year-old, who has 67 caps for Cameroon, only joined Toulouse five months ago but managed to feature just five times before sealing his exit.

Given that Mbia didn’t exactly look awful in his outings, you feel the experienced midfielder who can also play as a centre-back just wants to go a club where he gets more playing time given that he is in the latter stages of career.

The Villans could offer him more playing time and given that he’ll be available on a free transfer, it’s worth tacking a gamble on the fact that he can still cut it in England.

Dean Smith’s side need to bolster their defensive options to be more solid at the back and given that Mbia could add a layer of protection by playing as a holding midfielder, he’s a no brainer signing to make.

The 32-year-old has fantastic awareness and is capable of intercepting the ball while also being strong in the air; and if that wasn’t enough the midfielder also is a sublime passer as well as not being bad when dribbling with the ball.

Mbia would no doubt be able to settle in at Villa Park and provide vital experience due to the fact he has previously featured at the highest level in England by playing 29 times in the Premier League with Queens Park Rangers.

Therefore this all means that the Villans simply must sign Mbia now that he’s free agent as it seems like a gamble worth taking.