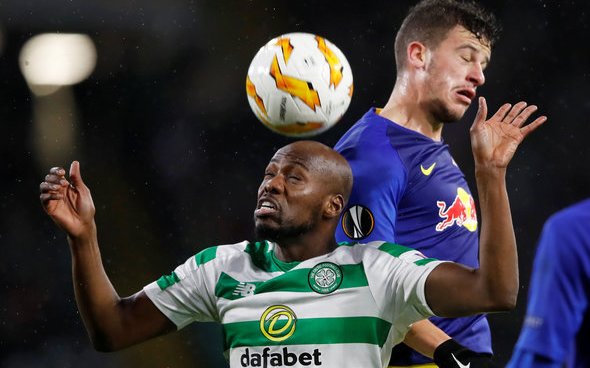 Brendan Rodgers has confirmed that Celtic fringe player Youssouf Mulumbu could be sent out on loan this month.

Mulumbu, 31, joined the Bhoys in the summer on a free transfer, but he has only made three appearances in all competitions since.

The former West Brom and Norwich midfielder penned a two-year deal with the Parkhead club after leaving Kilmarnock at the end of last season, and it appears as though his future in Glasgow is already in doubt.

It was always going to be difficult for Mulumbu to fit in at Celtic Park. Even though he was tremendous for Kilmarnock last season, he struggled to play week in, week out due to his continual fitness and injury problems. The ex-DR Congo international then had a whole summer without a club and as soon as he arrived at Celtic, you could tell that he wasn’t close to being good enough for Rodgers’ side. It is a shame for Mulumbu because two or three years ago he would have been superb for Celtic, he just arrived a bit too late. There won’t be a shortage of suitors for him now Rodgers has made him available on loan. Steve Clarke would surely love to have him back at Rugby Park, while there are bound to be other Scottish Premiership sides vying for his signature. Rodgers should ideally look for a permanent move for the midfielder though.