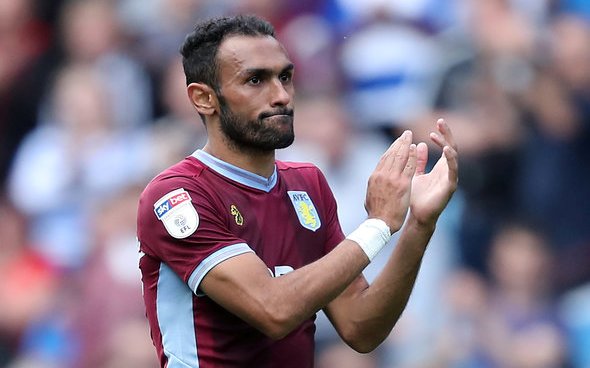 Aston Villa fans may have had enough joy provided to them on Boxing Day in order to keep them celebrating after no doubt some of them were enjoying Christmas as their side defeated Swansea City 1-0 but some were clearly no longer in the festive spirit. Some fans were left fuming after watching Ahmed Elmohamady’s display against the Swans. The 31-year-old right-back had one fan urging the club to leave him in 2018 and another simply urging them to sell him. It’s no surprise that Elmohamady, also better known as Elmo, had fans not singing his praise as he struggled throughout the game. The 31-year-old was constantly caught out of position, wasn’t strong in the challenge and just generally looked off the pace. Dean Smith will no doubt be thinking about dropping the player after his display against the Swans as it was unacceptable by most accounts. However the Villans manager may wait for the Jan window to open to drop Elmo on a regular basis as he may need to buy the ideal replacement.

Great blues winning again and we’re playing like clowns because we got players like Whelan and Elmo who ain’t got a scooby! Hutton is another one also! #avfc

Elmo and Whelan are so poor. El Ghazi and Bolasie have clearly had too much Christmas pud to want to run anywhere today as well – dreadful performance so far #avfc

Poor half, far too slow, poor passing elmo poor again and just keeps hoofing, too deep most of the time too, need to up it and maybe swap whelan for birkir, too much sideway/backwards #AVFC

Why is @Elmo_27 trying his hardest to keep the ball in play for our opponents AGAIN? Let it go out, or get rid properly! #AVFC

Does elmo’s neck work?! Never seen a professional defender not check shoulders as much as him. Absolute basic stuff ??????????? #AVFC