Rodgers to jet out for transfer talks 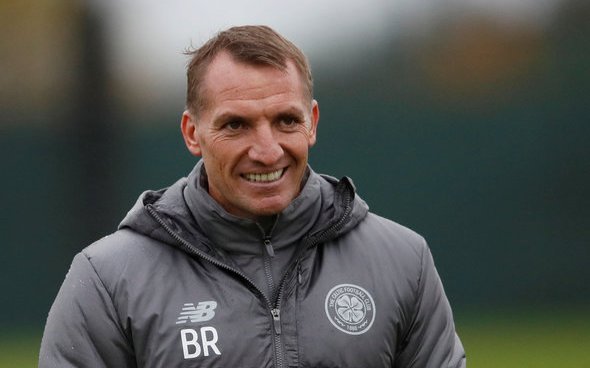 Celtic boss Brendan Rodgers has revealed he will jet out for talks with a January transfer target on Monday following their Betfred Cup final against Aberdeen.

Rodgers has now revealed there will be minimal celebrations for him or his players should they win on Sunday, confirming that he was set for talks with a player on Monday.

As quoted by the Scottish Sun, he said: “I ask people to celebrate success, I want them to enjoy it, but I think sometimes when you are the leader you tend to look for the next experience. And very quickly, for some reason, that’s my next thought, you know.

“So I know that after the game on Sunday, I’ll be flying out to speak to a player on Monday, so there won’t be any big celebration whatever it is, or not, whatever way it is.

“We have to get to work the next day.”

You have to admire Rodgers for his hard work here, with the Northern Irishman obviously determined to keep things on track after a tough start to the season. The Hoops were not all that impressive in the early season running, but have really clicked into gear in the last few weeks to reassert their dominance for now. A win in the final on Sunday would really give them some big momentum for the rest of the season, and Rodgers is obviously keen to make sure they make the most of it should that happen. It is also exciting news that Rodgers will be flying out to speak to a transfer target on Monday, although the identity of said player is totally unknown. Hopefully those talks are fruitful and Rodgers returns from his trip having won a cup and secured a January signing for the Hoops in what would be a productive couple of days. Focus then turns to their Premiership clash against Motherwell on Wednesday.