West Brom must not budge for Gayle 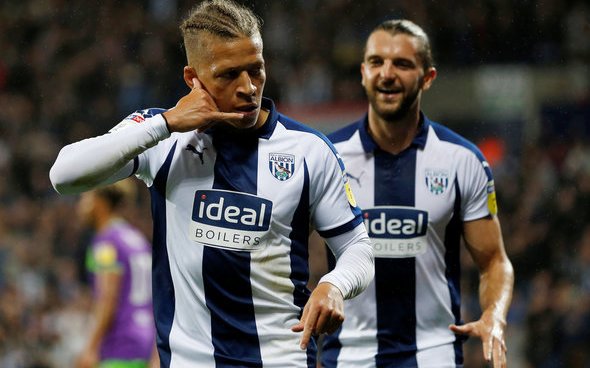 West Bromwich Albion allowed Salomon Rondon to leave the club in the summer on the condition that Dwight Gayle came the other way.

What looked like an even switch has turned out as planned for both sides, with Gayle the first to shine for his new club as he ripped up the Championship in the early season.

His form has dipped in recent weeks owing to some injury problems, but his goalscoring pedigree in the second tier is clear for all to see, with Gayle netting 10 goals in 19 games so far.

Newcastle manager Rafa Benitez is obviously delighted with the Venezuela international’s impact, and has now commented on the chances of a permanent deal taking place in the near future.

As quoted by the Chronicle, he said: “It will be fine. Hopefully he can start scoring a lot of goals, and then you can ask me this in a few weeks and hopefully it can be positive then, too.”

Obviously Benitez is more referring to the Newcastle hierarchy in his comments, with their reluctance to sanction a big-money deal in the summer, but he must not ignore the wishes of parent club West Brom despite his confidence.

The Baggies have a big part to play in the upcoming negotiations, and they must not budge on their demands, with a permanent stay for goal machine Gayle surely imperative for them.

Any deal sanctioned to take Rondon to Newcastle permanently must involve a deal for Gayle coming the other way, with the striker known to be happy and settled in the Midlands.

West Brom will obviously be tempted to cash in on Rondon, but keeping Gayle is far more important, particularly if they fail to achieve promotion.

His goal threat and finishing ability are paramount for Darren Moore, and they must play hard ball in these upcoming talks to keep the 28-year-old around.