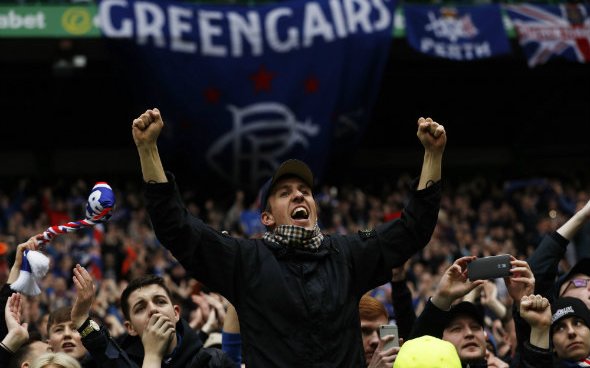 Rangers have confirmed that Serge Atakayi suffered an injury blow in his first senior appearance for the Glasgow giants against Motherwell on Sunday.

Atakayi, 19, came off the bench in the 73rd minute to replace Glenn Middleton, but he lasted just ten minutes before he limped off the field as the Light Blues went on to win 7-1.

81' Serge Atakayi is receiving treatment at the side of the pitch. 7-1

83' Serge Atakayi is unable to continue and has left the game to receive further treatment. 7-1

What a kick in the teeth for Atakayi. The 19-year-old would have been thrilled to have been named in Steven Gerrard’s matchday squad against Motherwell, and he would have been eve more elated when the Gers manager called him from the bench to substitute him on in the second-half. However just ten minutes later he is down with an injury and looks as though he could be set for a spell on the sidelines. Luckily the international break will hopefully give him enough time to recover in time for future fixtures, but that was Atakayi’s chance to really give Gerrard something to think about with his future team selections. The Finland Under-19 international has been sublime for Rangers’ development side this season and if he was able to complete the game against Motherwell, it would have been a good idea to put money on him scoring because the Gers were rampant this weekend as they demolished Stephen Robinson’s side.