£6m could be enough for Tottenham to bag Sunderland ace Maja 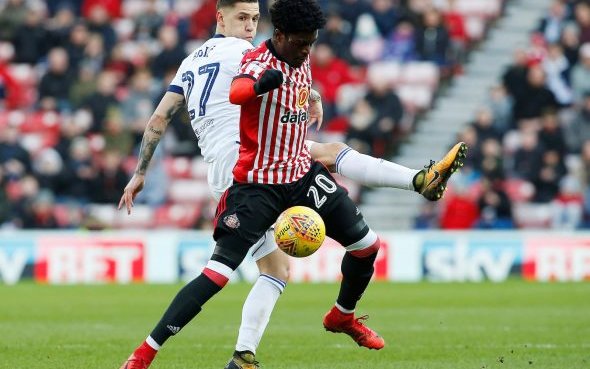 Tottenham are in the hunt to sign Sunderland forward Josh Maja and a bid of just £6million could be enough to land themselves the 19-year-old in January, according to the Mirror.

The newspaper claims that Manchester City, Southampton and Bristol City are also interested in signing Maja, whose contract at the Stadium of Light expires at the end of the season, meaning that he may be available for a cut-price fee in the winter.

Sunderland boss Jack Ross is confident that the in-form striker will agree a new deal soon but if he does not, it is understood that a £6million bid in January could be too hard to turn down.

The London-born striker is in great form for Sunderland, scoring 11 goals in 20 appearances across all competitions this season and it is clear that he is someone with massive potential.

He could be good enough for the Premier League in a couple of years and for £6million, Spurs should jump at the chance of signing such a highly-rated young English player.

Maja could turn into the best back-up option that Mauricio Pochettino has had for Harry Kane.

Maja is more than likely going to sign a new deal with Sunderland judging by Ross’ confidence, but still, the striker could be available in January for a very low fee for someone of his age and talents.

Spurs are not the only team interested in signing the teenager and surely clubs like Bristol City and Southampton would be able to offer him a more solid chance of earning game-time in the first team.

Pochettino’s striker signings at Tottenham will not give Maja much confidence if it was a straight choice.