Yorke: This is why I deserve the Villa job 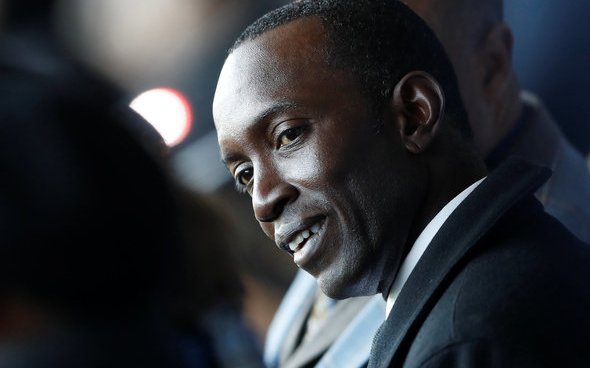 Former striker Dwight Yorke has put forward a passionate application for the Aston Villa job on talkSPORT this morning.

Talking on the Alan Brazil Sports Breakfast Show, Yorke said that he was the perfect man to take the club forward and that they should “think outside the box”.

“Villa is a place for me, I spent over ten years playing there and I know the club inside out,” Yorke said.

“I felt that after Brucey and what he’s done I felt they need someone with knowledge of the club who’s passionate and who’s going into management for the first time, who’s going to be exciting, try to play attacking football.

“The fact I live in the area, I’ve got the experience, not necessarily from the management point of view… but why not hear me out?

“I put my CV in on Thursday as soon as Brucey got the sack. I’ve made all the necessary moves.

“I got a call back from the CEO and it was a conversation and I’m still sitting by the phone waiting.”

???? "I put my CV in as soon as Steve Bruce got the sack and got a call back from the CEO"

????? Dwight Yorke confirms he's applied for the #AVFC job and explains why he should get it!

On one hand Yorke has got a point. He knows Aston Villa inside out and is passionate about the club, and has massive experience playing, winning three Premier League titles and a Champions League title with United. However, Gerrard spent time coaching the Liverpool youth players before moving to Rangers. Yorke has absolutely no relevant experience. However, he makes another point about John Terry and that might be more valid. It’s been said that the Villa hierarchy are looking for a celebrity name and Terry would fit the bill. Someone like Yorke, no-matter how many trophies he’s lifted, doesn’t have the same cache. We think if Yorke is serious about making the move into management, then he should start trying to work on his coaching before attempting to land one of the biggest jobs in club football. Christian Purslow, the Villa CEO called Yorke back, which is good to hear. However, it wasn’t got talks and it wasn’t for an interview for the job. Yorke hasn’t even been credited with a price in the market. This is one that isn’t going anywhere.